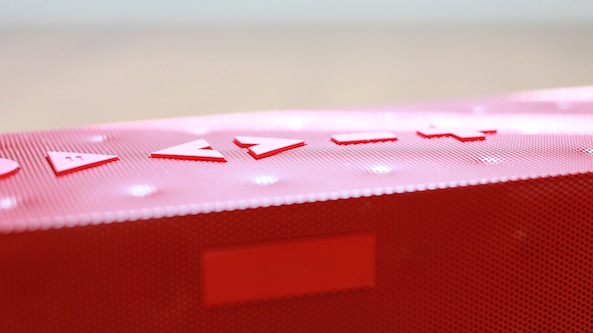 In the last month or so, I’ve been on a minimalism tear. For example, I traded in my 27″ iMac for a MacBook Pro with Retina Display. I also decided to get rid of my 2011 MacBook Air.

As it turns out, I rarely used the MacBook Air, because it was just too slow to get any real work done. The iMac was a beast, but it wasn’t portable, which caused many of my files to fragment between multiple devices. I decided it would be best if I just had one powerful, yet portable machine to get all of my work done. It just so happened that the MacBook Pro with Retina Display was the perfect device to meet my needs.

To go along with these changes, I decided it was time to rid myself of my old antiquated component audio system. I have a Pioneer receiver coupled with Pioneer speakers. It’s a 5.1 audio system that’s incredibly heavy, a birds nest of wires, and power hungry to boot.

I needed something smaller, totally devoid of wires, and easier on the power consumption — all without sacrificing too much in the way of sound quality. Obviously, the highly regarded Jawbone Big Jambox was on my short list of devices to choose from, but was it up to the challenge of completely replacing my traditional stereo system?

Up until a week ago, I’d never seen a Jambox in person, let alone a Big Jambox. I have to say that I’m impressed with the device’s looks. The build quality is above average. Three of its sides are wrapped in flexible speaker grill material, and each end is capped off with tactile rubber.

The bottom of the device features a heaping helping of rubber feet, keeping it from sliding across your desk. The build quality, while a definite step down from a high end audio component system, succeeds in its toy-like originality. 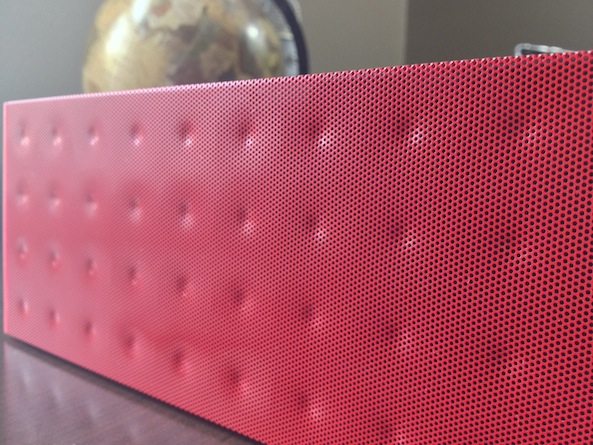 My loaner review unit was shipped to me in Red Dot style, but there are two other colors — Graphite Hex, and White Wave — if you think the red is a bit too bright for your tastes.

I’m no audiophile, but since I’m looking for something to replace my current receiver/speaker setup, the audio has to be up to snuff. I’d alway heard how great these little devices sound, but I knew that the original and smaller Jambox just wouldn’t cut it as an outright speaker replacement. Only when the Big Jambox was announced, did I begin to consider the possibilities.

Needless to say, I wasn’t disappointed in the slightest. True, this won’t completely replicate the sound that you get from a receiver-speaker-subwoofer deal, but it’s still really good for a standalone wireless Bluetooth speaker. 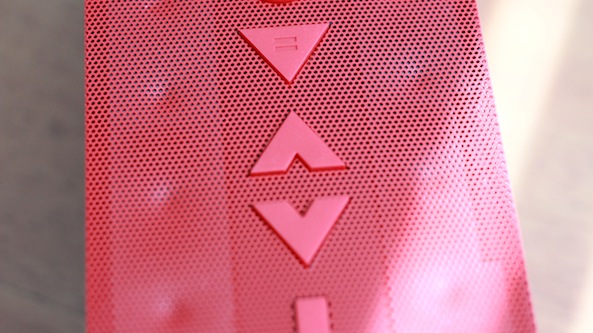 All levels of sound, low, mids, and highs, are well represented here. The Big Jambox had no problems filling my office with rich sound — even the lows were decent. When you consider that this is coming from a unit the size of a Chuck Taylor shoebox, it’s hard not to be impressed.

But, as you might imagine, not all is gravy as far as sound goes. When the volume is cranked up to excessive levels, there is some mild to moderate distortion present, but then again the unit is so loud, that I rarely found myself desiring to crank it to the point where the distortion becomes distracting. Serious audiophiles won’t find any speaker in this entire product category sufficient enough for their needs, but the average music listener will be more than happy.

Rated at 15 hours, the battery life for a full charge is mighty impressive. In my case, this thing would rarely leave my desk, hence, battery life isn’t of gargantuan concern. It is nice, however, to be able to be completely free of any wires cluttering my desk, including power cables. 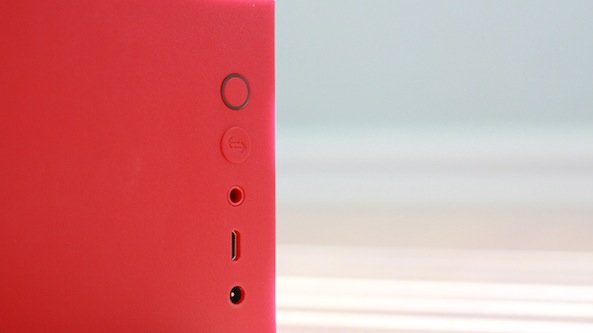 During my week long usage, I only had to charge the unit once. It came shipped to me with a full charge, and that charge lasted a good three days after moderate usage during average workdays.

Like its little brother, the Big Jambox is meant to travel and be portable, so if that’s your thing, you’ll be satisfied with the battery life.

There’s a ton of other things I can talk about with regard to the Big Jambox, but Jawbone’s website, along with countless other reviewers have covered those things in detail already. I wanted to approach this review from a standpoint that hit home for me personally, and will likely hit home with quite a few of you too.

I haven’t tried any other products in this category thus far, though I intend to do so. That said, if I had to lay down $299 for the Big Jambox today, I’d walk away happy, knowing that I was going to get a product that met my needs. 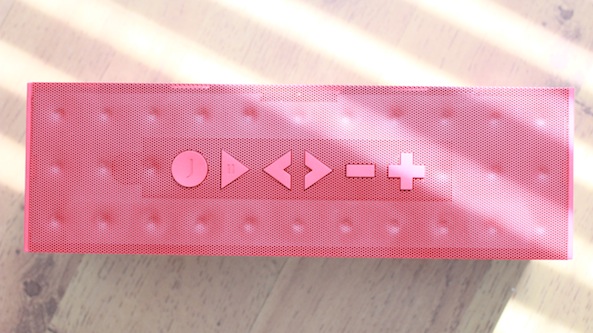 It’s hard to go wrong with the Big Jambox. It has the look and feel, the battery life, and the sound quality to succeed as a true wire-free, and minimalistic speaker or stereo replacement for your office.