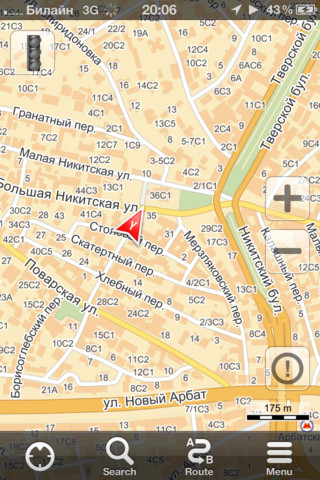 Google’s relationship with Apple may be on borrowed time. Apple Maps, set to appear soon in iOS 6, will reportedly use a local company’s data Yandex to provide location-search details in Russia. A developer version of iOS 6 will send users to Yandex.Maps for further information regarding locations.

A search of Vladimir Lenin’s Mausoleum, for instance, gets “more details on Yandex.Maps application or offers to download Yandex.Maps from App Store if the user doesn’t have it installed,” a Russian developer now using iOS 6 tells Bloomberg.

What’s more, Yandex could give Google the boot when it comes to searches within Safari, according to TechCrunch. The agreement between the companies comes as both firms attempt to break Google’s grip on multiple markets.

For Apple, the pact with Yandex would allow the Cupertino, Calif. company to expand without requiring Google’s global reach. For Yandex, although it is the major search engine in Russia, its 60 percent share of the local market is being slowly eroded by — you guessed it — Google.

It should be interesting to see if Apple can untangle itself from Google’s web of Internet services while also not producing a half-baked map alternative. So far, we’ve seen the iPhone maker has a golden touch when it comes to hardware. The question is whether that success can be replicated sans any Google involvement.

What do you think? Is it wise for Apple to completely end its business dealings with Google, or is the Android-maker a necessary evil?