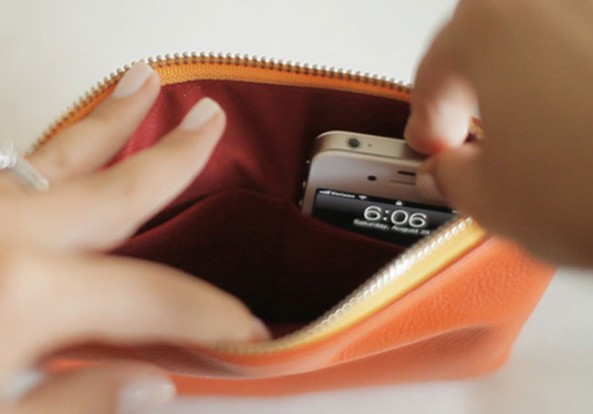 There’s tons of accessories on the market today that will bail you out in the event your iPhone dies while you’re on the go. There’s battery powered cases, chargers and more.

But we’re willing to bet that you’ve never seen an accessory like the Everpurse. The handbag attempts to combine tech with fashion, with a built-in iPhone 5 charger…

The Everpurse comes as a clutch, or as an insert for a bigger bag. Each one contains a rechargeable battery, which interfaces with your phone via the built-in dock connector.

What’s really neat about the bags, as you can see in the above video, is that they charge wirelessly. They come with a Powermat-like charging bases that work through the fabric.

Unfortunately, the developers say that the bags won’t start shipping until March of next year. But they do say that the Everpurses work with the new connector on the iPhone 5.

We have to admit, this is a pretty cool idea. And for the millions of women who are already carrying around purses and smartphones everyday, this seems like a no-brainer.