Apple is going to release its sixth-generation smartphone later this month, and the competition has never been tougher. Yesterday’s iPhone event capped off a two week run of handset announcements from Samsung, Nokia and Motorola.

Samsung, for its part, is on fire right now with its Galaxy S III, selling more than 20 million units in 100 days. And both Nokia’s Lumia 920 and Motorola’s RAZR HD look promising. Here’s how the iPhone 5 compares to those devices…

The folks over at Mashable have taken the time to put together the following chart, which shows how the four smartphones stack up against each other. 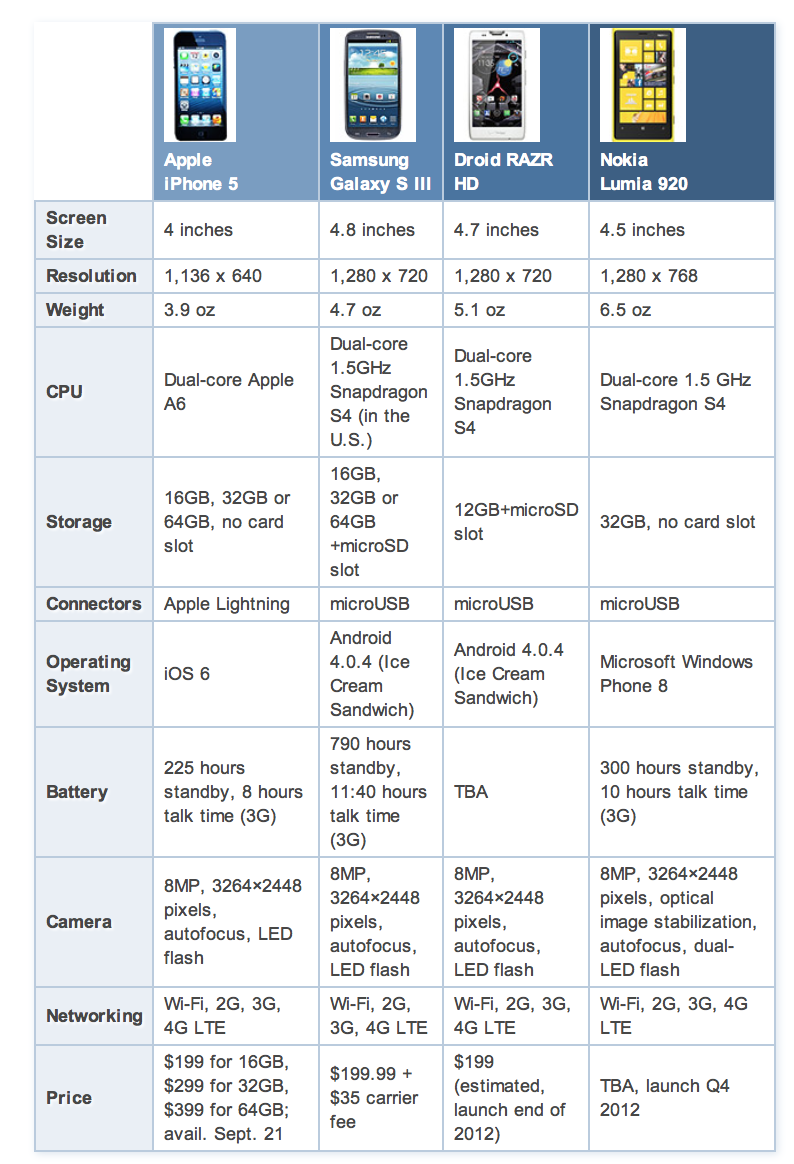 Obviously these are just specs, which are essentially just numbers on paper. But it’s nice to see that Apple didn’t make the new iPhone all show and no go.