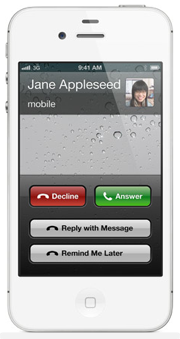 As you know, iOS 6 comes with an improved stock Phone app which enables some interesting new call management features. For example, you can choose to reply to an incoming calls with a message or be reminded about it later.

When a call comes in that you can’t answer right away, users can just swipe up to reveal options. Surprisingly, the Wall Street Journal claimed yesterday that iOS 6 also, among other things, includes new features that allow people to block unwanted calls…

Jessica Vasceralo, writing for the Journal (emphasis mine):

The next iPhone, which has been referred to internally by the code name N41, has been in the works for more than a year, a person familiar with the matter said.

Apple is expected to tweak the smartphone’s shape with a slightly larger screen and a different shell, and it will work with wireless carriers’ fastest LTE networks and run new mobile software.

Apple’s iOS 6 page makes no mention of call blocking in a way that could allude this being a brand new feature.

iOS 6 adds new calling features to your iPhone. Now when you decline an incoming call, you can instantly reply with a text message or set a callback reminder. And when things are just too hectic, turn on Do Not Disturb and you won’t be bothered by anyone — except can’t-miss contacts like your boss or your better half.

Because of that, we have some doubts related to the wording of the WSJ article.

Perhaps the author though that “call-blocking features” is a cooler way of putting it?

It’s possible the article refers to a known Do Not Disturb toggle in Settings which lets you mute all incoming notifications. 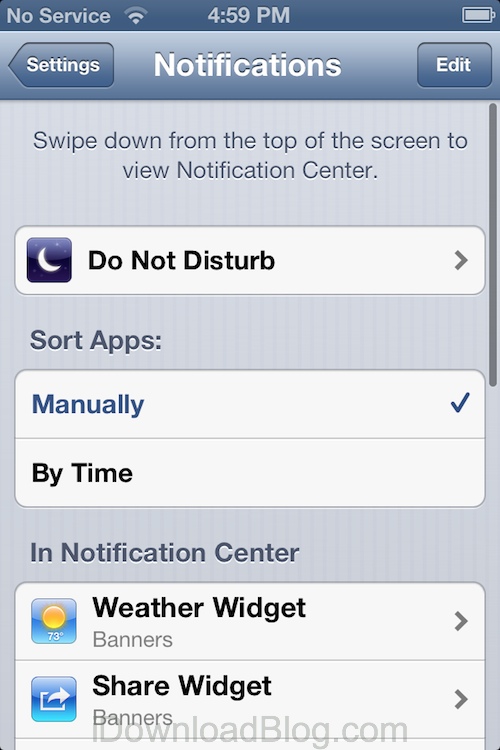 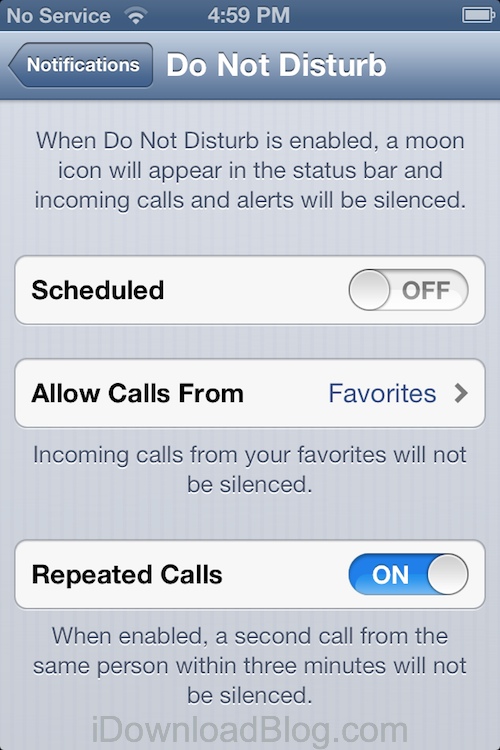 Another option tucked away under the Notifications section in Settings even allows you to enable a scheduled Do Not Disturb mode that automatically kicks in, say, at midnight and ends at 8am.

Of course, those that jailbreak their devices can easily silence Notification Center alerts using tweaks such as  DoNotDisturb and BannerDisable, or use other tweaks to block unwanted calls.

At any rate, we will solve this and all other mysteries in less than an hour.

Stay tuned for our extensive coverage of Apple’s presser.