A well-known iOS developer with a strong track record of Apple reporting took to Twitter this morning to argue that prototypes of Apple’s next iPhone do contain a Near-Field Communication (NFC) sensor inside. This shouldn’t be deciphered as the definite proof of an NFC-enabled iPhone 5 as Apple and other handset makers often test several device prototypes before settling on one model.

Furthermore, even if the iPhone 5 has NFC, this should not be confused with an NFC-driven mobile payment system. We also know from Apple’s marketing boss Phil Schiller’s interview with the Wall Street Journal (Apple’s unofficial mouthpiece) that digital wallet mobile-payment services are “all fighting over their piece of the pie”, adding that “we aren’t doing that”…

iOS developer Will Strafach (aka @chronic) tweeted this morning:

N42AP had NFC. I am assuming that if that’s CDMA and N41AP is GSM, they both will have it. no reason for just CDMA too.

He is referring to code-names of Apple’s internal iPhone 5 prototypes, the N42AP and N41AP.

If true, then NFC hardware is indeed present of first engineering prototypes.

As Chronic correctly points out in another tweet, “I have no way of knowing what will be in the production models, but there would be no reason to remove a major technology that was in an EVT”.

EVT stands for an “engineering validation test”, which is performed on prototype devices to ensure they perform to design goals and specifications.

Anand Shimpi of AnandTech recently explained why he thought HFC was a no-go for this year’s iPhone:

NFC operates on the 13.56MHz ISM band, which has a relatively large wavelength, at 22.1 m. Making a traditional dipole antenna that radiates at all given the constraints of a smartphone package is thus a big challenge, considering that smartphones are maybe 5-inches tall at maximum, to say nothing of the supposed upcoming iPhone’s longest linear dimension.

This is your illustration.

Given the primarily metal backside of the new iPhone, it’s highly unlikely that NFC is in the cards for this generation. In fact, given the very little space at top and bottom dedicated to those glass RF windows, you can almost entirely rule it out.

And if you need any more proof, the credible Jim Darlymple of The Loop shot down the NFC iPhone rumor.

Meanwhile, Apple’s iPhone-hardware division had already been studying technologies for over-the-air payments, including a version of Bluetooth connections that require less energy and near-field communication, known as NFC, according to several people familiar with the investigations.

The report goes on to note that Apple’s top dogs shot down the NFC idea due to security concerns.

Apple employees patented some NFC ideas but worried about whether the technology was secure enough, and whether they could squeeze in the required chip and a new antenna without severely impacting the iPhone’s battery life.

Apple also thinks the NFC industry is too fragmented at this stage:

Executives were also leery of the slow adoption of NFC among retailers, whom industry analysts predict won’t adopt it in any meaningful way for three or four more years.

When the payments plan came to an executive review in early 2012, several Apple senior executives balked, says a person briefed on the meeting.

Apple’s chief financial officer, Peter Oppenheimer, questioned whether there was newer secure technology that employed the Internet rather than use NFC, this person said.

On the other hand, Chronic, Anand and Jim could all be right in a way.

Apple probably tested NFC hardware for the incoming or next year’s iPhone refresh. And if the iPhone 5 comes with NFC, Apple may not be using the sensor to enable mobile wallet functionality, at the very least not until this functionality is fully tested and ready for prime time.

It wouldn’t be unheard of: Apple often disables certain hardware features for no apparent reason.

For example, Bluetooth networking has been present on iPhones for years, but Apple stubbornly refuses to let people share photos, contacts and other items between iPhones and other handsets, via standard Bluetooth exchange protocols. 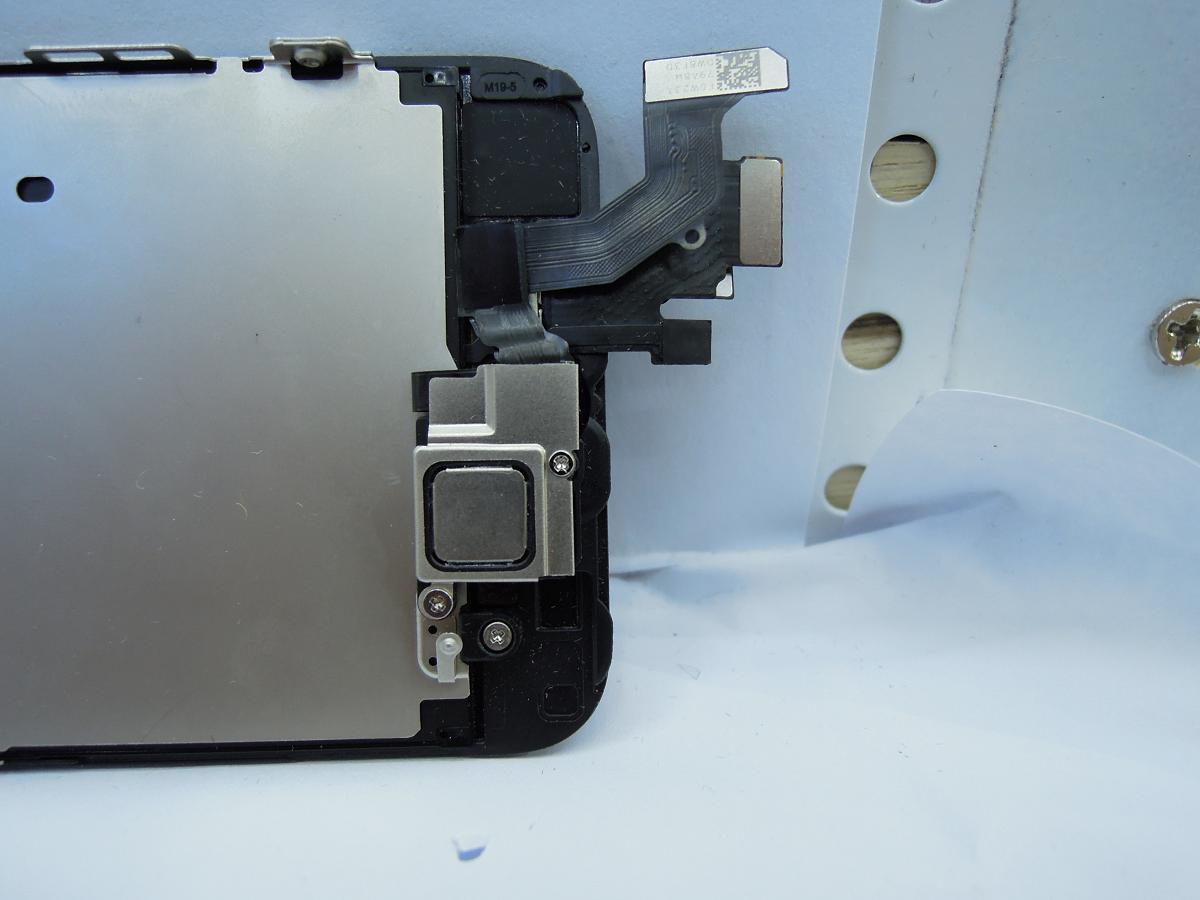 A recently leaked iPhone 5 part caused a stir with a mysterious chip (see above) that some people thought was NFC hardware, but it’s probably just an earpiece speaker.

All will be known in just a few hours, at 10am Pacific, 1pm Eastern when Apple is due to hold its media event.

In the meantime, why not check out our massive roundup of everything we know about the iPhone 5?

Would you like to see some NFC hardware inside the iPhone 5 and why?