The new official YouTube app hit the App Store a few hours ago, and we’ve taken it for a test drive. It’s obvious that this isn’t an app that Google hastily threw together in a matter of weeks — it’s probably been sitting on the back burner for quite some time now.

Since Apple and Google’s contract terms were up with regard to the stock YouTube app developed in-house by Apple, it became appropriate for Google to unleash their own YouTube app.

How does it compare with the app it replaces? Check inside for the full scoop…

Links to YouTube on iOS 6 may open in the new official YouTube app. I’ve tested this out with Safari, and sometimes it brings up a dialogue box requesting to open in YouTube, other times it does not. At least we know the possibility exists that this feature will stick around. 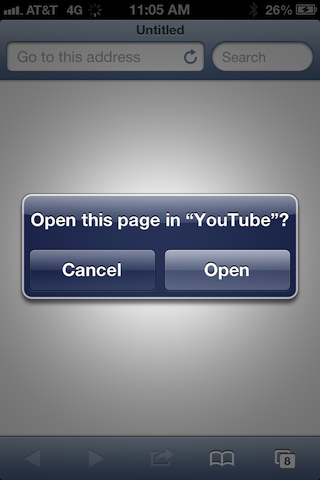 The app still won’t stream high quality video if you’re on a cellular connection. Unfortunately, there is no toggle to change this, so it’s likely that we’ll have to use something like 3G Unrestrictor to bypass that until further notice. 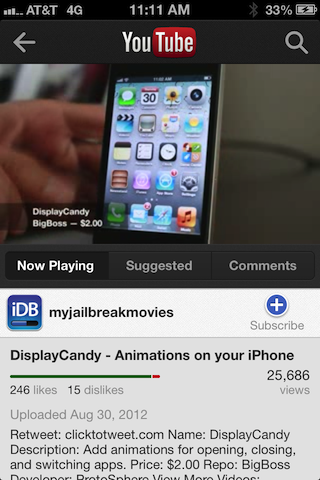 The search options are fairly deep. There’s voice search, and advanced search options that can be sorted by relevance, upload date, views, ratings, duration, and more. 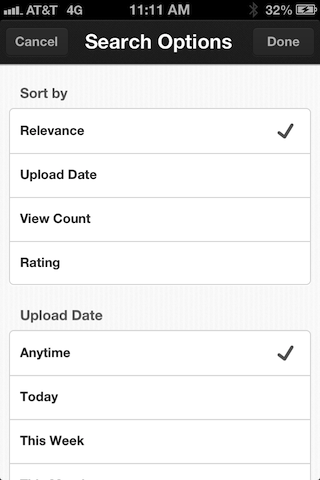 I’m really pleased with this initial version of the YouTube app. It’s easy to see that Google wasn’t just sitting on their hands on the sidelines, but have been proactive in fleshing out their official YouTube app until go time.

Obviously, there are features that could make the app better, like iPad support, HQ streaming over cellular, inbox, and uploading, but those things seem inevitable for future updates.

What do you think about the new YouTube app? Do you think it’s better than the version it replaces?