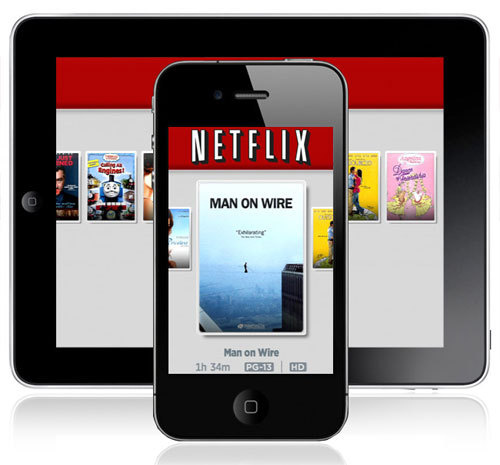 Amazon, hot off of Thursday’s Kindle Fire HD announcement, is downplaying a report the Internet retailer is being courted by some studios to take on Netflix. Studios would love Amazon to spin-off the video-streaming portion of Amazon Prime, according to one report.

“Some content owners I’ve talked to say they like the idea so much that they’ll compel Jeff Bezos to do it whether he wants to or not,” reports All Things Digital‘s Peter Kafka. However, Amazon CEO Jeff Bezos is playing hard-to-get…

After describing Amazon having “very good relationships” with studios, Bezos suggested not all studios want to take on Netflix. “They are not all like-minded,” he said in a recent interview. Despite Bezos’ weak protestations, Amazon has aggressively been building its Prime Instant Video library. In less than a year, the company has doubled its video collection to  25,000, according to the Wall Street Journal. While that figure is less than have of Netflix’s more that 50,000 videos, Amazon is adding an enviable list of studio partners.

The latest example was Amazon’s licensing deal with cable channel Epix. Moving quickly after Netflix announced in July its arrangement with Epix was about to expire, Amazon inked a one-year renewable deal, bringing with it access to movies by Paramount, Viacom, and Metro-Goldwyn-Mayer. The $79 annual Amazon Prime service earlier signed licensing pacts with NBC and Warner Bros for television content.

The push by Amazon to offer more streaming-video choices comes as Netflix continues to recover from multiple gaffes in 2011, including raising prices on its DVD subscriptions and splitting its DVD-by-mail service feature from its video-streaming. Although Hulu and others attempted to profit from the missteps, Netflix has remained the dominant player.

Amazon may also have been embolden in its video efforts by Apple’s recent comments that any TV service is unlikely to be coming from Cupertino. Apple executives said they were reluctant to develop an alternative to current cable and broadcast providers after running into continued roadblocks obtaining licensing from major studios.

What’s your take? Do you see Amazon as a viable Internet video-streaming alternative to Netflix?