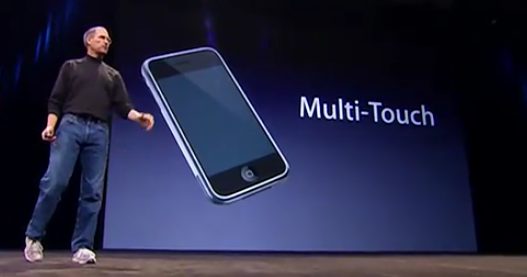 The Apple v. Samsung mega-suit may be behind us, but the legal spat between the two frenemies is far from over. Both companies are embroiled in complicated litigation spread across ten countries the world over. In a Hague, Netherlands court, for example, Samsung locked horns with Apple over who copied who concerning multitouch technology.

Samsung resorted to some interesting tactics there, claiming that its multitouch implementation is less capable than Apple’s in an effort to prove it didn’t breach any of Apple’s many patents related to multitouch…

Samsung has claimed that the way Android’s multitouch software works is not as good as Apple’s, in a bid to avoid a recall and ban on sales of its Android smartphones in a patent dispute with Apple in the Netherlands.

Samsung is actually claiming that multitouch implementation on its Android-powered devices is not as good as Apple’s in order to avoid a sales ban on its devices in The Netherlands, which could spill over to the entire European Union because Samsung’s distribution center is located in the Netherlands.

Apple on its part is seeking a recall of all Galaxy devices driven by Android 2.3 and up from both Dutch distributors and resellers.

The way it works, each element of the iOS user interface gets exclusivity in terms of touches whereas Android employs a similar technique that is more hierarchical and doesn’t only apply to a single UI element.

Because the Android based method is more hierarchical the system is more complex and therefore harder for developers to use, he said.

In addition, Apple devices disallow touch input in sections of the screen on the OS level, while Android does that on the application level, he said. Both are reasons Samsung’s Android devices do not infringe on the patent, he added.

Apple disagrees and warns that Android also can assign exclusivity to one particular UI element, thereby infringing on Apple’s patent. 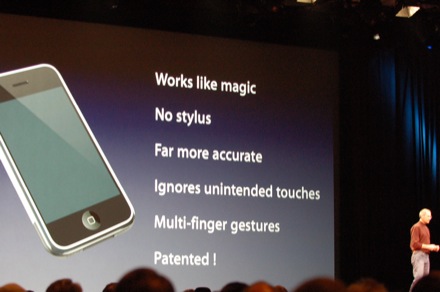 I am no patent lawyer, but if I was Samsung I’d be wary of Apple’s massive portfolio of multitouch-related patents (examples here, here and here).