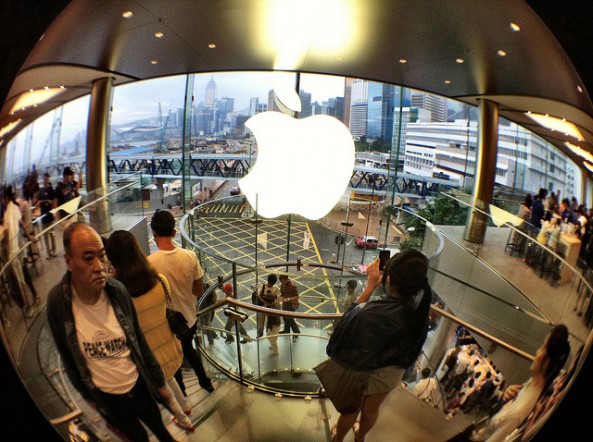 Apple is on a bit of a roll right now. With its new iPhone event just a few days away, and rumors of a smaller iPad still swirling about, the company’s stock surged past $680 per share this morning for the first time ever.

And don’t count on Apple slowing down anytime soon. With more than 10 new products expected by the end of the year, and more in the works, Fortune just named Apple number 8 on its list of fastest growing companies…

The list, which gets released annually, consists of the 100 fastest growing companies in the world. From Fortune’s article:

“Some had worried that the loss of Steve Jobs might hinder the seemingly relentless forward march of Apple. They needn’t have. Since Jobs passed away last year, Apple’s share price has risen almost 80%. In August, the iPhone maker overtook Microsoft as the largest-ever U.S. company by stock-market value.”

Apple’s only stumble so far this year came during its third quarter earnings call, when it reported a lower-than-expected 26 million iPhones sold. But, as the author points out, that was still 22% above its Q3 sales last year.

The fact that Apple recently became the most valuable publicly-traded company of all time, and it’s still considered one of the fastest growing companies in the world is pretty incredible. For example, other significant tech companies like Amazon, Google, and Samsung were not mentioned in Fortune’s top 100 list.

Of course, the big question is, how long can Apple keep this up? All empires fall eventually, right? One thing is for sure, all eyes will be on Cupertino this holiday quarter as it attempts to break last year’s record.