If you haven’t noticed lately, part leaks for Apple’s rumored iPad mini have started to pick up over the past few weeks. Last weekend, the tablet’s dock connector assembly surfaced. And a few days before that we saw its audio jack.

These pieces should help alleviate some of the skepticism that the smaller iPad doesn’t exist that came along with no physical evidence. But if you’re still on the fence about the slate, check out these new iPad mini cases…

GizChina points to a new round of purported iPad mini cases that have recently surfaced on China’s Alibaba trade site. While we’ve seen similar cases in the past, these particular cases appear to match up well with recently-discussed designs.

About a week ago, reports started popping up regarding iPad mini details. Citing insider sources, they described the tablet as a smaller (but not too much smaller) slate with a 7.85-inch display, slim borders and an iPod touch-thin profile. 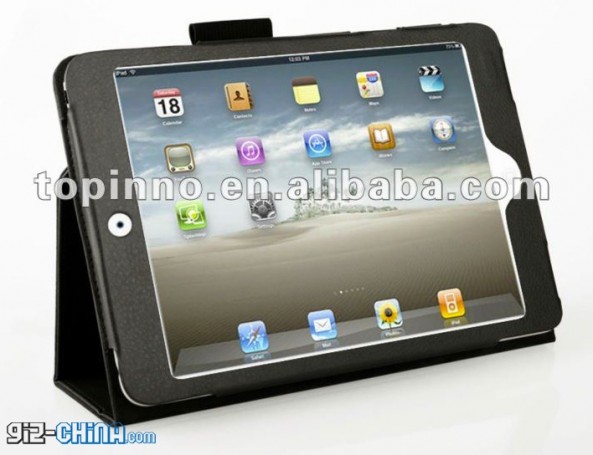 These cases seem to depict a similar device, albeit with the addition of camera slots. GizChina says that Chinese case makers are anticipating the tablet to have a rear camera, as well as a centered front-facing FaceTime one.

The tech world seems pretty convinced that we’ll see the iPad mini this fall, but when Apple is going to unveil it appears to still be up for debate. While previous reports suggested we’d see the tablet alongside the new iPhone at the rumored September 12 event, recent speculation calls for a separate iPad mini event in October.