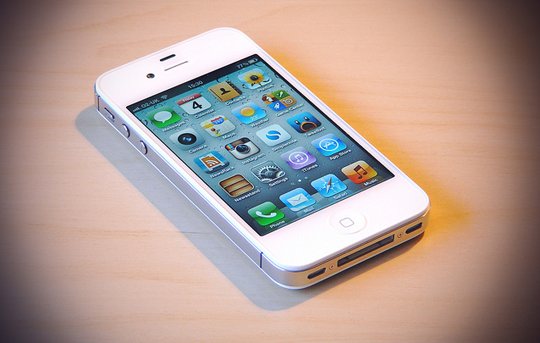 Apple is expected to unveil its latest smartphone next month on September 12. And though the handset won’t launch until the 21st, pre-orders for the device are said to begin the same day.

For those of you who plan on selling your old iPhone to help pay for the new one, that gives you around three weeks to do so. But according to resell data, you may not want to wait that long… 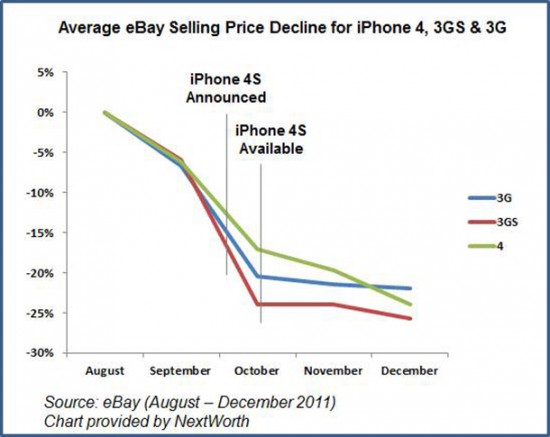 The above chart was constructed by NextWorth, a gadget reseller, and takes a look at the average selling prices for the iPhone 4, 3GS and 3G leading up to the unveiling of the iPhone 4S last year.

As you can see, the prices peaked around August, and sharply declined through October. This was caused by the shear number of handsets that became available through resell channels at that time.

So if you’re going to sell your iPhone on eBay, now is the time to do so — you’ll get top dollar for it. And for those that need to keep the device until the new one arrives, there are a few other options.

Gazelle, for example, another gadget reseller, is offering to lock in current iPhone 4S pricing through October 1st. This means that you won’t be affected if resell prices plummet in September.

That being said, Gazelle doesn’t typically offer top tier pricing for gadgets. As of now, the going rate for a 16GB 4S in good condition is just $277, well below the $360 average we found on eBay.

The bottom line here, if you haven’t gathered it already, is that the longer you wait to sell your handset, the less money you’re going to get for of it. And when you do get ready to sell it, be sure to check out our pre-sale guide.