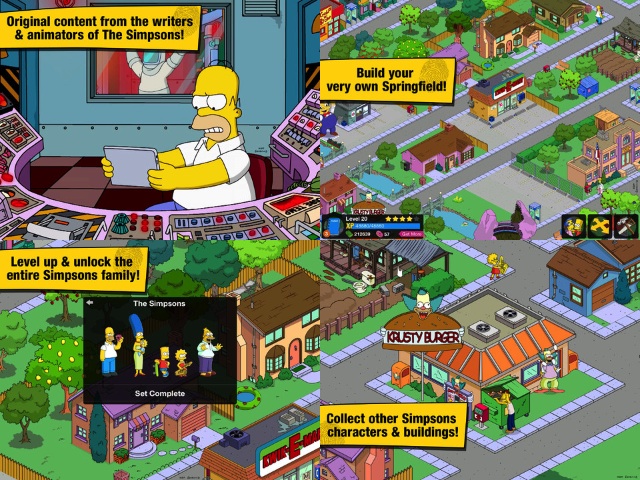 You can almost hear Homer saying “Woohoo!” as The Simpsons: Tapped Out lands back in the App Store after its 6 month hiatus. As you may recall, EA released the game back in March of this year, but it was quickly pulled.

The reason behind the removal was to reduce the strain on EA’s servers —  they simply couldn’t handle the traffic. But apparently all of the bugs have been worked out, as the game is once again available for download…

We’ve also made some behind-the-scenes adjustments to increase stability and a few other fixes to improve overall gameplay.”

It looks like this is the game EA should’ve launched in the first place. From my short time with the update, I’ve noticed that the gameplay is much smoother than in the previous version. And the graphics look great in Retina.

But only time will tell. Last year’s release played well too up until EA’s servers were crippled. It really speaks to The Simpsons popularity, though. How often do you hear about developers pulling their apps because they’re too popular?

If you want to give the new version a shot, you can find The Simpsons: Tapped Out in the App Store, for free.

What are your thoughts on the update?