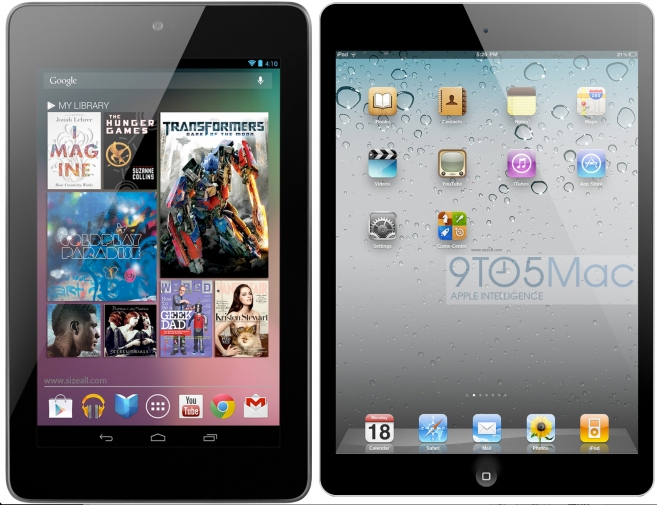 Amidst all of the leaked parts and reports regarding the new iPhone, we haven’t seen or heard much of anything regarding the iPad mini. The absence of information has some folks thinking that the smaller tablet was just a myth.

But according to a new report, the iPad mini is very real, and coming this fall. It will look very similar to a larger iPod touch, with smaller bezels, and front facing camera for video conferencing. More details after the break…

“Over the past few weeks we’ve gotten a number of tips from sources we have reason to believe have knowledge of Apple’s plans on the upcoming iPad mini. A reoccurring theme of late is that the Mini-iPad will “look like a big iPod touch” with smaller bezels along the sides in portrait mode as well as separate volume buttons rather than a ‘rocker’ and a mic on the back.”

This actually matches up pretty nicely with previous reports, which claimed that the iPad mini would be “almost as thin as an iPod touch.” The thinner bezel theory is also interesting, as it would allow for more screen real estate without increasing the footprint of the device.

Other than that, cameras and wireless connectivity are still unknowns, as are price and launch date. It did say, though, that it’s likely production on the tablet hasn’t started yet, which means it probably won’t have the same September launch date as the iPhone. This echoes our train of thought from our explanation yesterday, of why there hasn’t been very many iPad mini part leaks thus far.

Though there’s not a whole lot of new information here, the fact that sites are hearing chatter is good news — at least for anyone hoping the iPad mini materializes. Hopefully we’ll find out more intel in the coming weeks.

Update: two more iPad mini reports have popped up this evening, essentially corroborating the above information. iMore, which has been hot with Apple intel as of late, and the well-connected John Gruber are both saying they’ve heard matching details from their sources — the iPad mini will be similar in size to the Nexus 7, but will be much thinner, lighter and will have a larger display thanks to thinner bezels.

If you’re having trouble picturing what this would look like, 9to5Mac suggests you take a look at these iPad mini schematics from last month. Judging from the above reports, it’s quite possible that the drawings are spot on.

This is starting to get good, don’t you think?