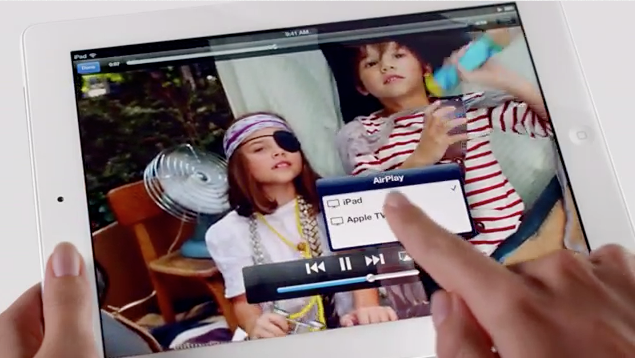 Apple has posted a new TV commercial for the new iPad this evening. Entitled “All on iPad,” the spot is extremely similar to the “Do it All” ad that Apple started airing back in June.

Once again, the Retina display is the highlight of the commercial, as a narrator runs down several tasks one can do on Apple’s latest tablet including FaceTime calls and more…

As MacRumors points out, this is the third TV ad Apple has released regarding the third generation iPad. And it is the first we’ve seen since the set of controversial Genius spots.

The timing of the commercial is also a bit interesting, as there have been ongoing rumors that Apple will be releasing a retooled third-generation iPad in the next month or so.