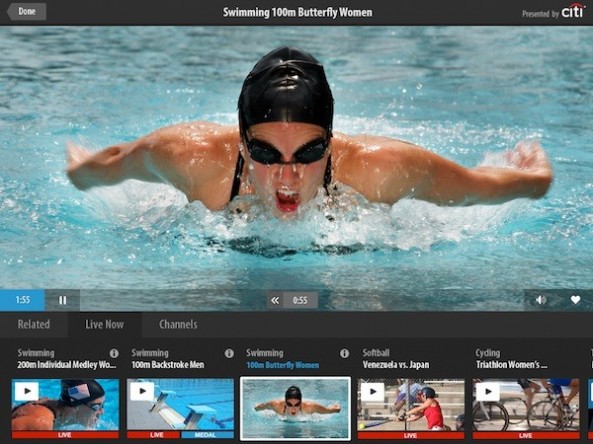 The 2012 Olympic Games are set to kick off tonight in the newly-built Olympic Stadium in Stratford London. And over the next two weeks, this stadium will play host to the top athletes from around the world.

Whether you’re a basketball fan, football fan, or just a fan of sports in general, these next 16 days are going to be packed full of action. And here’s how to catch all of that action when you’re not near a TV set…

We’ll start off with the easy way: the official 2012 Olympics apps. As we mentioned earlier this month, NBC has released two iOS apps to help viewers follow along with all of the events this year. The first one, NBC Olympics Live Extra, will stream more than 3,500 hours of Olympic content.

While this is your best bet for watching the Games on the go this year, it does require verification that you are a paying cable or satellite subscriber. If you can’t do that, you’ll have to settle for the second app, NBC Olympics, which will only provide short-form highlights, scores and schedules.

If neither of the above options work for you, both NBC and YouTube will be live streaming the Olympic Games in HD on their respective websites. You can catch the action on NBCOlympics.com, and on YouTube’s Olympics page. Unfortunately, as we understand it, users will still be required to verify their cable/satellite credentials to gain access to the live feeds.

The Olympics are highly regarded as one of the most-watched sporting events in the world. And this year, NBC says that the Games are more viewer-accessible than ever.

How will you be watching the Olympics?