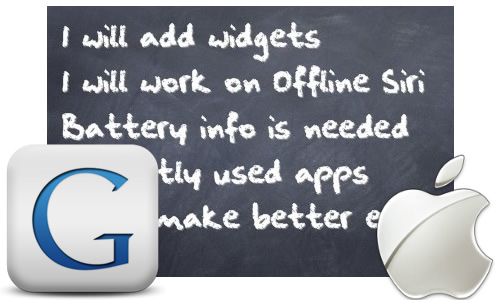 It’s no secret that both Sebastien and I purchased Nexus 7 devices from Google. We may have differing reasons for our purchases, but one reason we share in common is the desire to see how Google is performing in the tablet space. This is especially so with the Nexus, since it’s the flagship that’s guaranteed to run stock Android with no additives or preservatives.

The Nexus 7 is the first Nexus device I’ve owned, and I’ve come away quite impressed; read my thoughts on the Nexus 7 for more details on that. I’ve even been able to identify a few things that Google is doing well, and that Apple could stand to learn from. Items like widgets, and offline dictation, to name just a few…

Widgets have been a key differentiating factor between Android and iOS from a very early age, but I always felt I understood why Apple avoided them. a). They tend to looked cluttered and messy, and b). Who really needs an Android styled clock widget when you have a clock on the status bar? 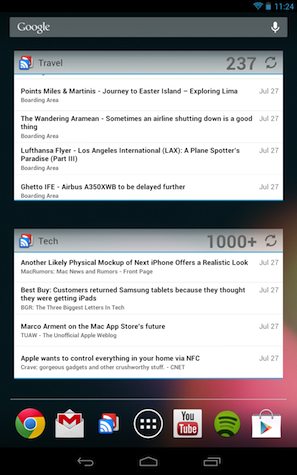 But the Nexus 7 made me realized that Widgets are more than just ugly clocks littering the Home screen just for the sake of claiming customizability. Widgets could actually be extremely useful; for example, the RSS widgets. Those are ridiculously nice, and I find myself using them all the time. As much as I’m always hitting up Reeder on my iPhone to stay updated with the latest feeds, having live updates right on my Home screen makes me a little jealous that this feature isn’t available on iOS.

Offline dictation is nice, because you’re not always online. But it’s also nice because it makes dictation faster and more responsive. 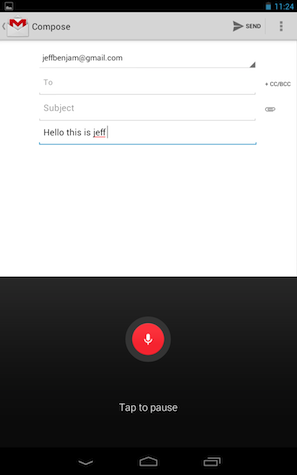 Having detailed readings on battery life puts end users in more control over managing their battery life, it’s as simple as that. I don’t expect Apple to start offering CPU usage readouts and graphs and such, but it would be cool if they allowed me to see which apps sucked the most juice. 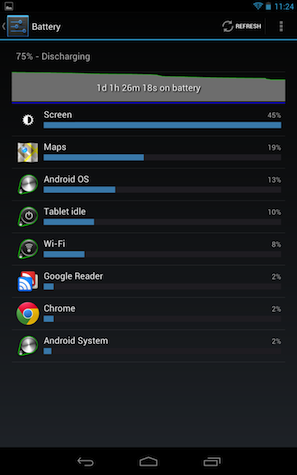 The App Switcher is horrible when it comes to gaining a quick mental snapshot of your recently used apps, let alone their current state. This is easily done on Android using the Recent Apps feature. 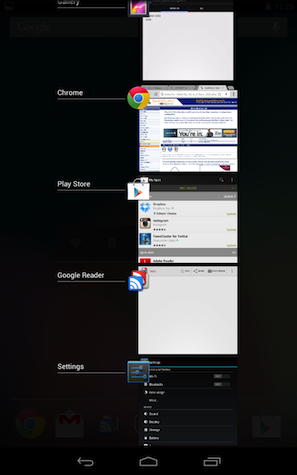 There’s no question that the App Store is leaps and bounds above the feeble morsels offered by Google Play. Any objective person can see that. But the most compelling reason to use Android is the fact that it encompasses the entire Google ecosystem, with the absolute best offerings on a mobile device. Apple has definitely made strides in this area with iCloud and the like, but until they create email that rivals Gmail, or a decent RSS reader for that matter, then I will always keep Google’s apps in my peripheral vision. 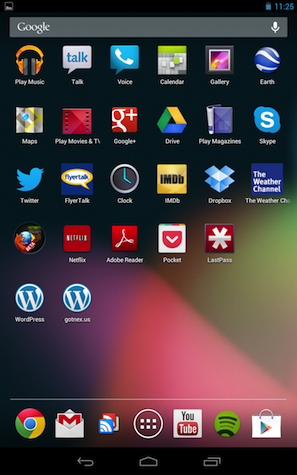 While I don’t claim to be an Android expert at this stage in the game, these are just a few of the things that I was able to quickly identify. What do you think that Apple could learn from Google? Do you agree with the aforementioned items? Let me know what you think in the comments below.