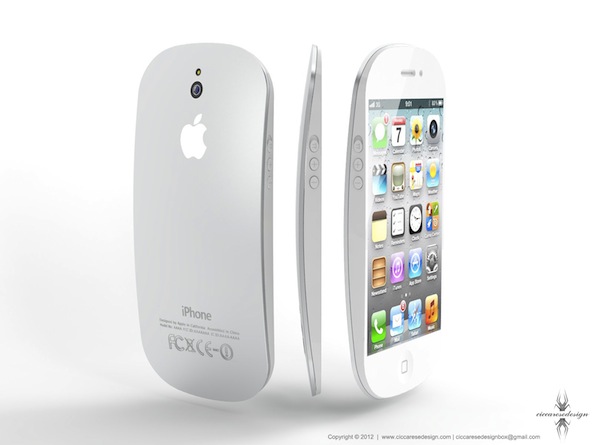 Between all of the leaked components, engineering samples, and cases we’ve seen so far, it feels like we have a pretty good idea of what Apple’s next smartphone is going to look like. And in case you were having trouble visualizing it, we decided to post this new ‘iPhone 5’ concept that was drawn-up based on all of the recent rumors…

The image above comes from the folks over at InventHelp, and is the culmination of all of the next-gen iPhone rumors and speculation we’ve heard up to this point.

The front of the device houses a larger 4-inch display, and a relocated FaceTime camera. The sensor has been moved from the left of the earpiece, to just above it.

The backside features the two-toned design, presumed to be made of both aluminum and glass, that has been depicted in a number of purported next-gen part leaks.

And finally, the bottom of the concept shows the smaller 19-pin dock connector that we’ve been hearing rumors about for months. Apple is believed to be trimming the size of the port to make the device thinner, and create space for upgraded internals.

Of course, all of this could be way off the mark. The rumor mill has certainly played its tricks on us in the past. But given the amount of evidence we’ve seen, from different sources, it seems like there could be at least some truth to the speculation.

I guess we’ll find out in a few months.

What do you think of how the new iPhone seems to be shaping up?