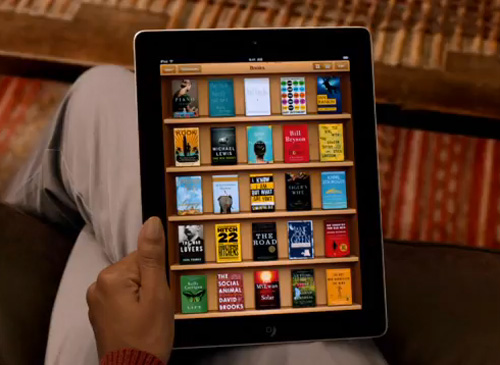 The United States Senator Charles Schumer is urging the U.S. Justice Department to drop its highly-publicized anti-trust lawsuit against Apple and e-book publishers over price fixing allegations because he reckons the suit could encourage Amazon to tighten its grip over the e-publishing industry.

Specifically, Schumer wrote in his column published by The Wall Street Journal that “the suit will restore Amazon to the dominant position atop the e-books market it occupied for years before competition arrived in the form of Apple”. And if that happens, he warns, “consumers will be forced to accept whatever prices Amazon sets”…

The Justice Department lawsuit is also unsettling from a broader perspective. As our economy transitions to digital platforms, we should be celebrating and supporting industries that find ways to adapt and grow. By developing a pricing model that made e-book sales work for them, publishers did just that.

I am concerned that the mere filing of this lawsuit has empowered monopolists and hurt innovators. I believe it will have a deterrent effect not only on publishers but on other industries that are coming up with creative ways to grow and adapt to the Internet.

In a way, Schumer asserts that Amazon’s wholesale model has pushed the industry into accepting Amazon’s terms of the game as it dictates the price of e-books and terms of sale. Apple under agency model lets publishers pick whatever price they want and instead keep 30 percent of the proceeds to itself.

The problem is, Apple also requires publishers doing business with iTunes to offer its titles on competing stores at the same or higher prices compared to the iBookstore.

I’m sure both Amazon and Apple would love to monopolize e-publishing and whatever other industry they compete in. But in this case, it doesn’t seem logical to take Apple to court over the agency model.