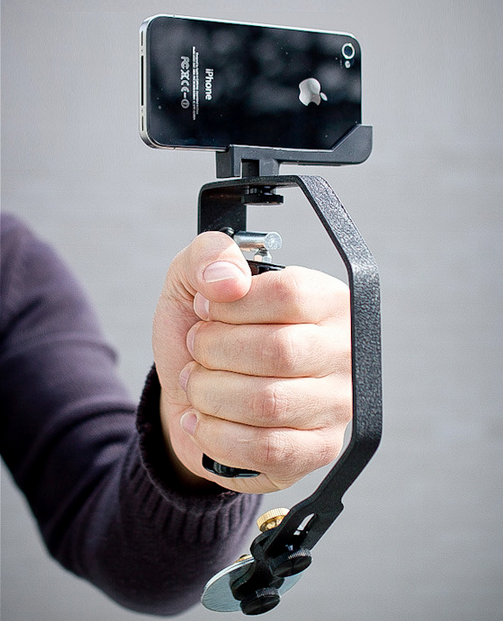 Between its ability to capture 1080p video, and its seemingly-endless supply of third-party editing apps, the iPhone 4S has become a great tool for budding film-makers.

And when software and megapixel count won’t get you the shot you want, there’s also a large selection of iPhone accessories up to the task. Enter the Picosteady…

The Picosteady is a light, well-built, portable stabilizer for your iPhone (and other small cameras). Using counterweights, it allows you to shoot steady, professional-looking videos while on the move.

Like most cool inventions, the Pico is currently trying to raise money via Kickstarter in order to go into mass production. As of this writing, the team is almost half way to its $15,025 goal it needs to hit by August 9th.

If you’re interested in helping fund the project, pledges of $139 or more will essentially lock in your Picosteady pre-order.

What do you think of the Picosteady? Good idea/bad idea?