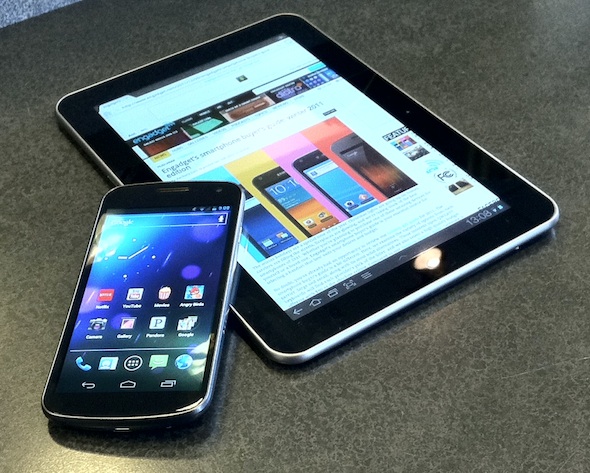 There have been some significant developments in the Samsung v. Apple patent dispute case this afternoon. The last we heard, Apple had won U.S. injunctions on both the Samsung Galaxy Tab 10.1, and the Galaxy Nexus, and motions to stay those orders had been denied.

Samsung’s last hope was for the Washington D.C.-based Court of Appeals to get involved, as it has jurisdiction over all IP proceedings. And it looks like it has made its decision on both cases this afternoon, ruling to uphold one ban, and suspend the other…

Reuters is reporting that the U.S. Court of Appeals for the Federal Circuit has issued an order today, rejecting Samsung’s request to immediately stay the sales ban on its Galaxy Tab 10.1. It looks like it will be forced to quit selling the tablet at least until the case has run its course.

On a more positive note, The Verge says that the the Court of Appeals has also given a ruling on the Galaxy Nexus injunction. And it’s chosen to temporarily suspend the ban.

“The Court of Appeals of the Federal Circuit just suspended the ban on Galaxy Nexus sales at Samsung’s request, pending a formal response from Apple. The court’s decision to suspend (or “stay”) the ban will last only until Apple can respond and the court decides whether or not the ban should be in effect throughout the rest of the patent infringement trial.”

This is good news for Samsung, who recently saw their Galaxy Nexus handset pulled from the Google Play Store in wake of the recent litigation, and is also facing a country-wide sales ban on its marquee tablet.

There’s no telling what the outcome of this case will be, but don’t underestimate the possible ramifications. Word is, HTC’s profits were cut in half (57% actually) last quarter, due in large part to its U.S. sales ban.