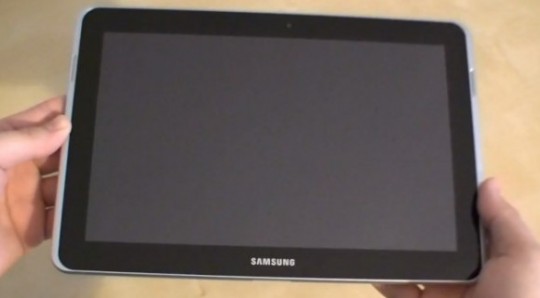 Apple’s legal team sure has been busy this week. First there was the Motorola patent case. Then there was the letter to the ITC regarding an old HTC case. And now this.

Reports are coming in this evening that Apple has just won a devastating preliminary injunction on the sales of Samsung’s Galaxy Tab 10.1 here in the United States…

AllThingsD is reporting that U.S. District Judge Lucy Koh has issued a ruling tonight, granting Apple’s request for a preliminary injunction against Samsung’s popular tablet. The ruling will effectively halt sales of the Galaxy Tab 10.1 in the U.S. until the end of the trial.

“Given the strength of Apple’s case on the merits, and its likelihood of irreparable harm, the balance of hardships tips in Apple’s favor,” Koh wrote in her order. “While Samsung will certainly suffer lost sales from the issuance of an injunction, the hardship to Apple of having to directly compete with Samsung’s infringing products outweighs Samsung’s harm in the light of the previous findings by the Court.”

This isn’t the first time that Samsung has seen sales of its Galaxy Tab blocked in a country due to patent infringement. Last year, the company was forced to stop selling the slate in Australia and other countries due to similar injunctions.

Of course, the ruling is only temporary for now. And Samsung will obviously appeal it. But this is still a huge victory for Apple. Here’s what a company spokesperson had to say about the decision:

“It’s no coincidence that Samsung’s latest products look a lot like the iPhone and iPad, from the shape of the hardware to the user interface and even the packaging. This kind of blatant copying is wrong and, as we’ve said many times before, we need to protect Apple’s intellectual property when companies steal our ideas.”

If you’d like, you can read the injunction in full over at AllThingsD.

Now, we’re about as sick of these patent lawsuits as anyone. But this is like the 10th time a judge has acknowledged that Apple has a legitimate case against Samsung’s Galaxy Tab. Perhaps it’s time they changed things up.