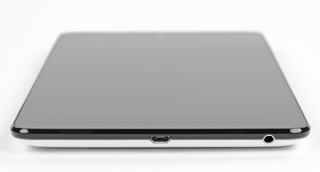 Despite being only one millimeter thicker, Google’s upcoming Nexus 7 slate is more repairable than the new iPad, a teardown analysis by iFixit has concluded. Its components are assembled using standard tools, unlike the new iPad’s innards which are glued together.

Unfortunately, the LCD assembly doesn’t separate from the Corning display glass, making the cost of repairing shattered glass high because one will need to replace the whole display assembly, LCD included.

The new iPad boasts a significantly larger battery which has a 11,500 mAh and lasts 9:52 hours for HSPA (9:37 hours for LTE). It’s worth pointing out Google’s product has no cellular connectivity, which helps with battery performance. 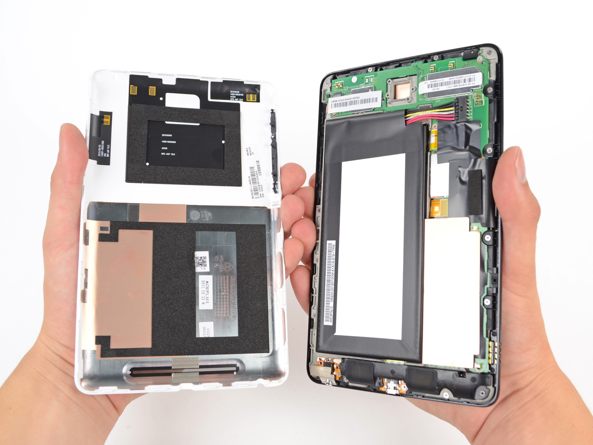 It’s also worth knowing that iFixit sells servicing kits and that their CEO Kyle Wiens is quite an advocate for serviceable hardware.

Here’s a video overview of the teardown.

The Nexus 7 was met with praise as journalists deemed it the most sleek, fluid and feature-complete seven incher to date.

Although Apple hasn’t attempted to assert patent infringement (yet), Nokia has gone out on a limb asserting the Nexus 7 violates its patents, but refused to tell whether legal proceedings were in the works.

WSJ and Bloomberg both gave credence this week to whispers that Apple is getting ready to mass manufacture a smaller and cheaper iPad in September, presumably to take on Google’s and Amazon’s device in the run-up to the holiday.

I wonder what’s your next tablet going to be?