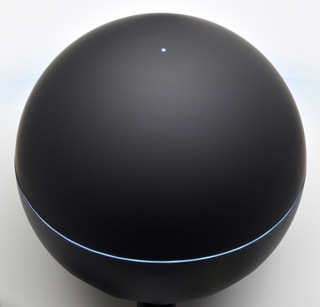 I’m sorry for polluting your reading list with more Google news, but this thing warrants a quick mention. So we already told you about impressive Android stats, Google’s own tablet called the Nexus 7, a new Android version (4.1, called Jelly Bean) that sports Siri-like features and a brand new native Google+ app for iPad and Android tablets. Google also surprised us with the coolest live tech demo ever: a parachute landing on the Moscone West building, seen through the eyes of the participants’ Google Glasses.

By the way, Tweetbot developer has gotta win the coveted title of The Most Original Google I/O Review for his tweet. So, one thing that especially captured my imagination is this cool-looking accessory aimed at streaming media at your home. Classed as a yet another piece of hardware designed and engineered by Google, the Nexus Q sports unique industrial design calling for a round chassis which reminds me of a lot of a sci-fi-like alien probe. It’s also got some noteworthy features, as seen in a video demonstration…

It plugs into the speakers and your TV set and is being billed as “the first-ever social streaming device”. It plays nicely with Google’s Play Store to stream your music from the cloud, a kind of a cloud-connected jukebox.

But what about the social aspect?

According to the company, the Google Q lets everyone bring their own music to the party, here’s a video.

And here’s how Nexus Q works.

The Nexus Q is going to be available first in the United States beginning mid-July. You can pre-order it today from Google Play for $299, which seems a bit pricey considering that a $150 more buys you the entire Sonos system with bad-ass speakers.

Wondering what this thing looks inside? 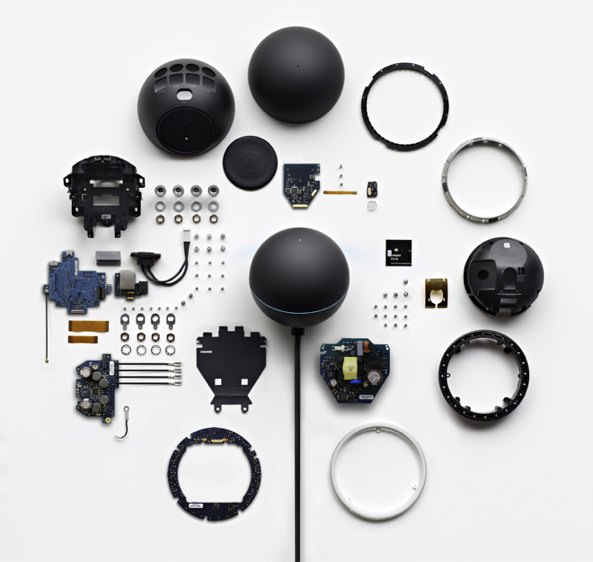 You can check out the full teardown over at Wired.

Wondering about that skydiver Google Glass demo I mentioned at the beginning?

What do you think? Isn’t this the most futuristic media streaming device you’ve ever seen?