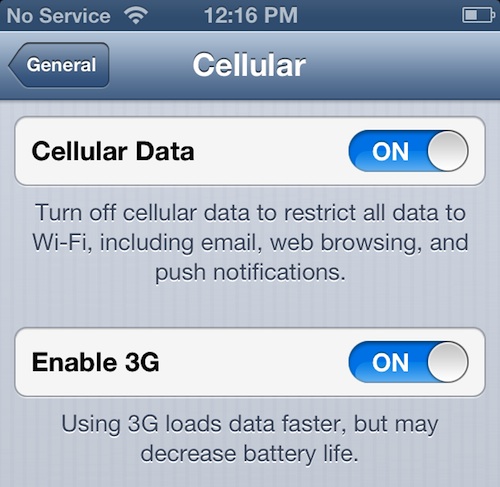 Apple rolled out iOS 6 beta 2 to developers this morning, exactly two weeks after releasing the original. We’ve installed the new firmware, and have been looking everywhere for any significant changes.

While we haven’t found any major new features yet, we have noticed a few subtle differences. We’ve already mentioned the animated install icon, but there’s one more addition that folks might find useful…

In beta 2, Apple has re-added the ‘Enable 3G’ toggle in the Settings app. This, as most of you know, allows users to switch off their device’s 3G data when in a poor service area, or when trying to conserve power. The option was noticeably absent in the first beta, so it’s reappearance is certainly welcomed.

We’ll be sure to let you know if we find any other changes. And if you discover anything new, feel free to let us know in the comments below.