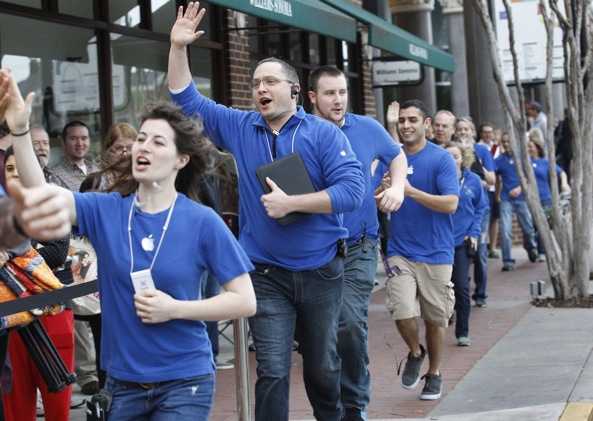 This past Saturday, The New York Times ran an eyebrow-raising profile of Apple’s retail business. A part of the paper’s ongoing iEconomy series, the controversial story deals with the 30,000 of the 43,000 Apple employees in the United States who work in Apple Stores, as members of the service economy, many of them making just $25,000 a year.

And while Apple Stores almost double per-square-foot revenue compared to second-ranked Tiffany, Apple’s retail army remains long on loyalty but short on pay, the piece concludes. Those youthful faces that greet and service you at Apple’s 327 global stores aren’t in it for the money: a retail employee makes an average of $25,000 a year, but nets Apple approximately $473,000 annually.

That’s why the company can get away with paying a modest hourly wage and no commission, offering no career path whatsoever. In fact, many former and current employees describe working for the man as a dead end. According to a new report, Apple is about to change this and has outlined a new career path initiative to employees in yesterday’s Apple Retail quarterly meetings across the United States…

The new employee training initiative is dubbed “Pathways” and it focuses on a viable career path for new Apple retail hires, writes Mark Gurman for 9to5Mac.

A few other highlights:

• new Apple retail hires will be considered to be in on-going training during the entirety of their first year working at Apple retail
• the program’s logo is a green iOS icon with a path like, curved arrow formation
• this program affects new and even current employees going through training sessions
• Pathways focuses on providing three-times the amount of core training; core training is basically the basics of working in the Apple Store; new employees are taught customer interaction, store features, and about the products
• Apple Stores will now have a new employee dedicated to managing Pathways and other training operations

Cory Moll, who works for Apple’s flagship San Francisco store and was given a raise of $2.82 an hour to $17.31, describes Cupertino’ change of heart.

My manager called me into his office and said, ‘Apple wants to show that it cares about its workers, and show that it knows how much value you add to the company, by offering a bigger raise than in previous years’.

An Apple spokesman confirmed the raises for The New York Times article. 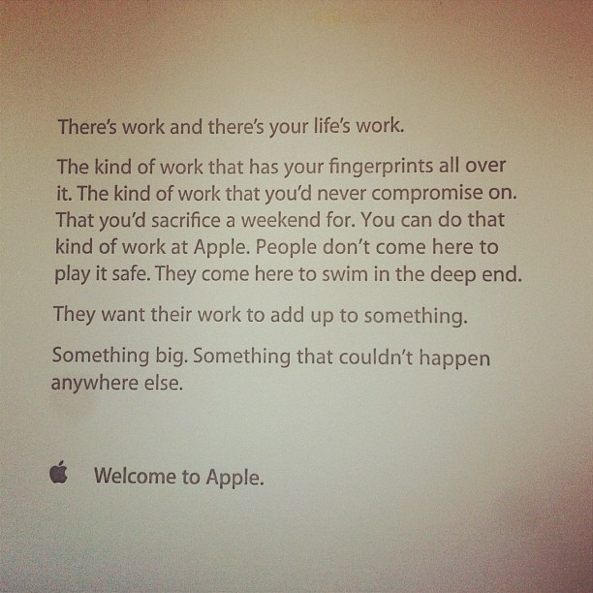 The inspiring note that Apple gives to its new employees

It’s also worth pointing out how Apple moved swiftly, promising wage increases for Foxconn workers following another controversial article that touched upon working conditions at the company’s supply and manufacturing chain in Asia, based on partially fabricated accusations of mistreatment of workers by Mike Daisey.

Apple’s willingness to relent and tap its $110+ billion cash pile to provide a fairer compensation scheme for its employees coincides with the arrival of John Browett, a former Dickson’s executive who took over Apple Retail following Ron Johnson’s departure for J.C. Penney in November 2011.

He already reached out to retail employees and promised changes that include planned fall wage increases, but it would appear those plans have been accelerated due to bad press generated by The New York Times’ iEconomy reporting series.

9to5Mac interviewed several former and current Apple employees on their feelings about The New York Times story. Polled workers are torn between defending the article and completely disagreeing.

It’s telling that Apple has only decided to improve working conditions in both factories overseas and its own global retail stores after a highly influential newspaper slammed the company over workers mistreatment.

I think Apple CEO Tim Cook takes it personally, because he managed the supply chain as Apple’s op-chief  for years before being named CEO in August 2011. If anyone knows a thing or two about the intricacies of contracting out work to Taiwanese firms, it’s him.

To me, Apple’s actions are welcome, but not timely. 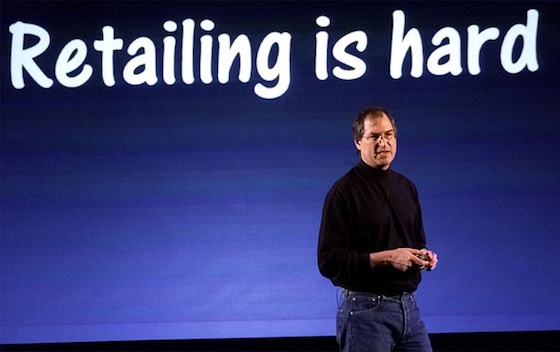 Instead of choosing to be proactive and institute supply chain and retail changes for others to follow, Apple was content with sitting on the sidelines and reaping the benefits of cheap labor. This all changed when the media exposed the company’s business operations that usually are of no interest to readers.

It was only when Apple’s supply and retail practices made headlines that had become a poster child for corporate greediness, which forced the change.

What are your feelings on this controversial topic.

The top image is credited to The San Jose Mercury News.