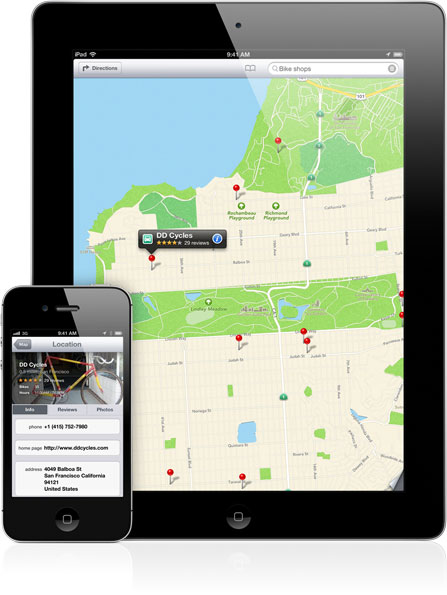 Bloomberg reports that iOS 6 will have Yelp check-ins integrated with Apple’s in-house mapping solution, allowing people to use built-in Maps app to let friends know about their location.

Apple Maps, which will replace Google Inc. (GOOG) as the default location service in software set to debut later this year, will allow users to communicate through Yelp without exiting the map and opening a new app, the materials show. 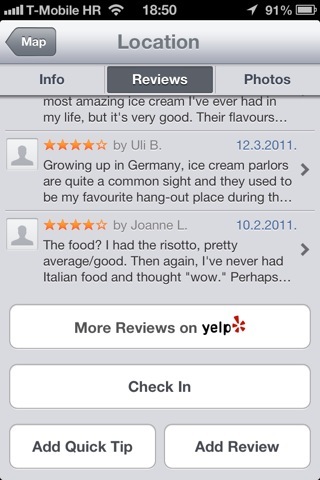 Clicking the Check In button launches the Yelp app to file your location or prompts you to download and install the official app via the App Store.

Neither Apple nor Yelp would comment on the story.

San Francisco- based Yelp runs a social network focused on user reviews and ratings. Apple partnered with Yelp in iOS 6, whose Maps app lets you peruse Yelp ratings and reviews for places of interest.

According to a Pew Research Center study, location check-ins are used by 18 percent of adult smartphone owners.

If Twitter integration in iOS 5 is anything to go by, the ability to check-in directly in iOS 6 Maps will lead to skyrocketing numbers for Yelp, which makes 70 percent of its revenue from advertising.

iOS users are pretty big on location and social, but have never had the ability to broadcast their location to friends without installing a third-party app.

What do you think, will this be a big deal?