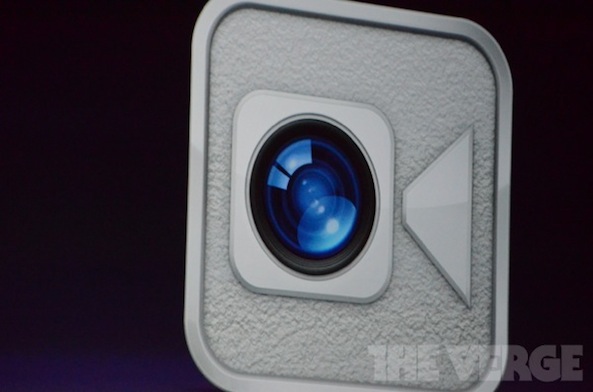 During its WWDC keynote yesterday, Apple announced that the latest version of their mobile operating system, iOS 6, would finally include the ability to make FaceTime calls over cellular networks.

Considering that this feature has been restricted to Wi-Fi connections since it was introduced in 2010, this was a pretty big deal. But it could end up causing major problems for capped data users…

As smartphones have become more data-intensive over the the years, carriers have become increasingly adamant about knocking their customers off of unlimited data plans, in favor of capped solutions.

And, as you might have guessed, these capped data plans are not going to play so nicely with FaceTime over cellular. SmartMoney explains:

“But those with the base data plans should use the technology sparingly, analyst Jeff Kagan says. ” If you use FaceTime on the wireless network, you better keep a close eye on your data plan,” he says.

In fact, users with a 250 megabyte data plan could max out their data plan in just 90 minutes using FaceTime, says Todd Day, senior industry analyst in the mobile and wireless division at Frost and Sullivan. Each minute of FaceTime chat can use as much as 2.7 mb of data, he says.”

So what’s the big deal, Skype and other apps have been making video calls over cellular networks for a while now. The problem is, FaceTime will be an option built directly into iOS 6. And even with a popup warning, users might not be aware of the consequences of over-using it.

It’ll be interesting to see how both carriers and customers play this, as the latter has been known to organize class-action lawsuits against Apple at the drop of a hat.