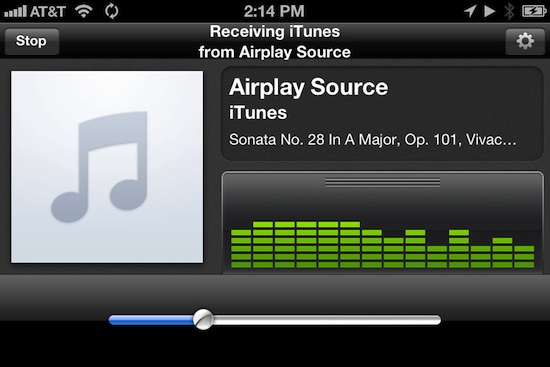 Remember Airfoil Speakers Touch app? Of course you do, this nifty little program from Rogue Amoeba turns your iPhone, iPod touch or iPad into an audio receiver so you can send any audio from your desktop to your iOS device. As you know, Apple pulled it two weeks ago without giving the team much of an explanation only to allow it into the store a few days ago.

Wanna know about Apple’s reasoning behind this rejection? Here’s an email exchange between Apple’s senior vice president of worldwide marketing Phil Schiller (also known internally as Dr. No, you may guess why) and  the Rogue  Amoeba team…

Apple recently pulled Rogue Amoeba’s app “Speakers” (an app that allowed an iOS device to receive AirPlay audio directly from iTunes or another iOS device) from the iOS app store on no grounds other than it contained “content or behavior [you] believe is over the line” — an opaque explanation if there ever was one, especially since Rogue Amoeba has yet to be told which line they crossed.

As a consumer and regular patron of Apple’s, this smells rotten to me. Specifically, it seems like you’re worried about a hit to the sale of Airplay-licensed speakers and the Airport Express. I suggest, however, that there would be greater benefit to us all if you allowed innovative and rule-abiding developers to provide value and utility in the form of brilliant paid apps like Speakers, thus enhancing the overall value of the entire iOS ecosystem.

What you’ve done instead is damage your ecosystem (not to mention your credibility) by telling developers everywhere that, even if they’ve spent thousands developing a paid app that follows all of your rules, you will never hesitate to pull the rug out from under them if you feel it might hurt the sale of iPod accessories.

I’m deeply disappointed, but I’m willing to hear Apple’s side of the story…

Schiller responded soon thereafter, arguing that Rogue’s recount of the events posted on their website wasn’t accurate because Apple pulled the program strictly due to violation of their developer agreement:

Thank you for your email and question about this application.

The story as I understand it is simple, and not accurately recounted on Rogue Amoeba’s website. Rogue Amoeba’s app added a feature that accessed encrypted AirPlay audio streams without using approved APIs or a proper license and in violation of Apple’s agreements. Apple asked Rogue Amoeba to update their app to remain in compliance with our terms and conditions.

Your assumptions as to Apple’s motives and actions are simply not correct. We have an Airplay licensing program explicitly to assist companies in creating AirPlay capable products. Apple never said that we would pull the rug out from anyone, we in fact worked with this developer to ensure they update their app and remain on the App Store.

In other words, the Airfoil Speakers Touch app was removed over duplicate functionality of AirPlay, a technology from Apple for wireless media streaming to the Apple TV box. 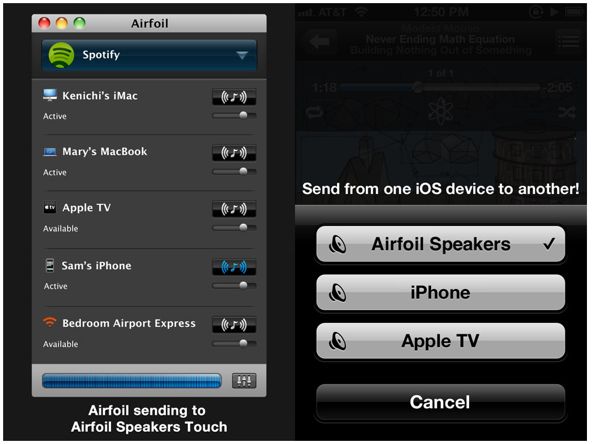 Schiller’s argument didn’t fly with Amoeba, which posted a public response on its website. Basically, Amoeba says its didn’t use any of the private APIs and instead wrote its own code from scratch to receive AirPlay audio.

They also noted that reverse-engineering pieces of code has always been “a time-honored, and legally sound, tradition”.

Here’s their response included below in its entirety.

There are no APIs, approved or otherwise, to enable the functionality Airfoil Speakers Touch provided. All the code used to receive AirPlay-compatible audio was written internally by Rogue Amoeba.

Likewise, there exists no “proper license” to provide the functionality Airfoil Speakers Touch offered. While Apple licenses the ability for hardware manufacturers to play AirPlay audio, there is no such licensing program for software. When we inquired as to the possibility of this type of licensing being available for software manufacturers in the future, we were informed that it was unlikely.

Mr. Schiller also got what was coming for him.

Mr. Schiller states that we accessed “encrypted AirPlay audio streams”, and seems to imply that this is somehow inappropriate. Quite simply, it is not. While there are multiple layers of encryption involved in the AirPlay audio streaming protocol, their primary purpose appears to be preventing third parties from building applications which interoperate with AirPlay.

And a little educational note on reverse-engineering.

Thankfully, reverse engineering devices and protocols for the purpose of interoperability is a time-honored, and legally sound, tradition. It is, among other things, largely responsible for the PC revolution and the computing landscape we enjoy today. Should we stop providing users with products that work together simply because other vendors dislike competition?

To me, this whole brouhaha indicates that Apple is probably working on AirPlay enhancements meant to allow for direct media streaming between iOS devices, bypassing the Apple TV, which is basically what Airfoil Speakers Touch does.

As for me, my hope is that Apple with iOS 6 will relax its terms and allow third-parties to replicate functionalities of stock apps.

If they hadn’t changed their stance, awesome apps like Sparrow wouldn’t have been possible now.

If Apple doesn’t build on that, Android will continue to have an edge in terms of advanced functionality and customization.

Sadly, Apple’s behavior in this regard is pretty petulant at times.

Schiller also heads Apple’s developer relations and he might perhaps have a little explaining to do come next Monday.

Killian Bel over at Cult of Mac first reported on this news nugget.