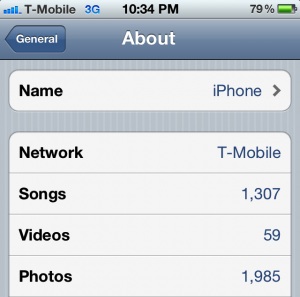 T-Mobile and the iPhone have a love-hate relationship. While the carrier often bashes the handset in its print ads and TV commercials, it obviously benefits from the 1 million+ unlocked iPhones on its network, and would love an official partnership.

Why else do you think the carrier continues to speak publicly about its plans to launch a new 4G network — one that would finally allow iPhones to get 3G data speeds? Because it’s dying to show iPhone owners (and Apple) that it’s willing to play ball…

We first saw evidence of this last December, when several iPhone users started reporting that they were seeing 3G data speeds on T-Mobile’s network. As it turns out, the carrier was “re-farming” spectrum from other networks on the iPhone-friendly 1900MHz band.

The reports were very isolated, limited to specific areas in Nevada, Utah, and a few other states. But it looks like T-Mobile is expanding the service. A new report today from 9to5Mac claims that T-Mobile users are now seeing 3G data in parts of northern California.

The site posted a screenshot this morning, sent in by a reader, of an obviously-unlocked iPhone running on a T-Mobile-branded 3G network. The user said that he noticed the increased data speed while walking around the Moscone Center in San Francisco.

The question is, is this still re-farmed spectrum? Or is this part of the new 4G network T-Mobile has been talking about rolling out? 9to5Mac speculates that the carrier installed a new 1900MHz MicroCell in the area, specifically for Apple’s WWDC event next week.

Whatever the case, it looks like T-Mobile is trying awfully hard to get Apple’s, and its horde of users’, attention.