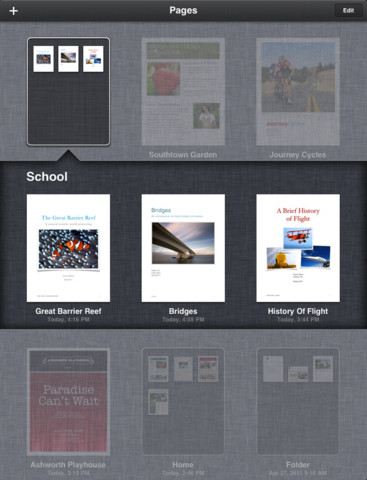 Geeks have been holding their breath for direct file system access in iOS ever since the original iPhone’s debut five years ago.

Unless you jailbreak, your ability to get down and dirty with the file system is limited by Apple’s vision that basically boils down to Jobs’ mantra that the app is the only file system you’ll ever need.

It would be unwise to bet on Apple progressively breaking away from this kind of philosophy with the introduction of iOS 6 come next Monday, no matter how strongly you may feel about the rumored Files.app.

Here’s why. And before you jump straight to the comments, bear in mind that this is just one writer’s opinion…

The concept is broken by design.

Now, I know that Apple CEO Tim Cook is his own person.

That being said, the spirit of Steve Jobs and, more importantly, the principles of great user experiences he had established decades ago, are still very much alive at Apple.

Should these principles be altered substantially for one reason or another, Apple’s user friendliness is bound to take a major turn for the worse.

Taking that on board, Berlin-based developer Ole Begemann did a nice job combing through a total of six Steve Jobs appearances at AllThingsD conferences, released last week to the public.

He spotted a particular segment in Jobs’ 2005 fireside chat with technology columnist Walt Mossberg, with Steve laying out his vision of the post-PC world where an average consumer doesn’t have to deal with the file system at all.

Here’s that quote (emphasis his).

In every user interface study we’ve ever done […], [we found] it’s pretty easy to learn how to use these things ‘til you hit the file system and then the learning curve goes vertical. So you ask yourself, why is the file system the face of the OS? Wouldn’t it be better if there was a better way to find stuff?

You keep it in this app that knows about music and knows how to find things in lots of different ways. Same with photos: we’ve got an app that knows all about photos. And these apps manage their own file storage. […]

And eventually, the file system management is just gonna be an app for pros and consumers aren’t gonna need to use it.

Remember, this was 2005 – two full years before the original iPhone got introduced – even if Apple at the time was well into the last phase of iPhone development.

Jobs pretty much described the basic idea for iOS back in 2005.

Fast-forward to today and his philosophy still holds true.

Now, some folks speculate that Apple with iOS 6 will finally expose the file system to end-users. 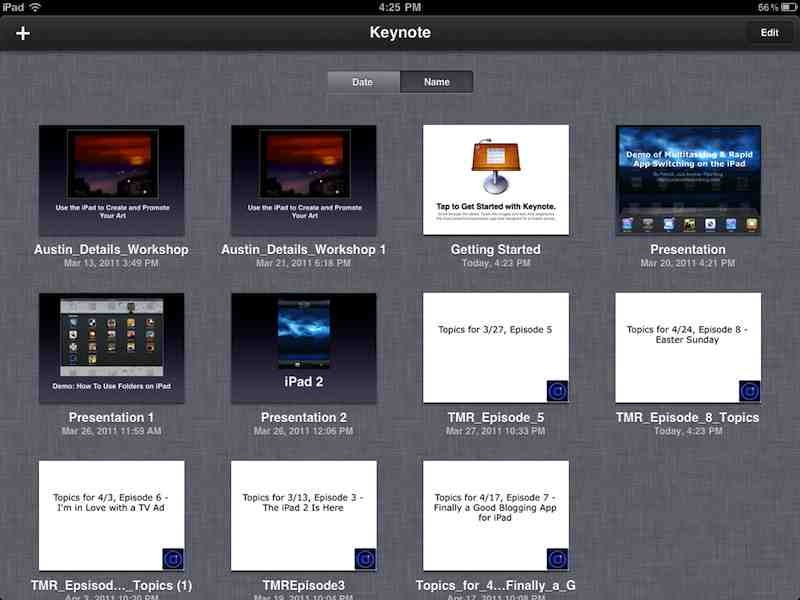 Keynote for iPad: this is as close you’ll ever get to the iOS file system.

I hate to burst your bubble, but it’s not going to happen.

Do you really think Apple would bother concealing iOS file system from users only to require them to adapt years worth of muscle training?

File system on a mobile phone is a major headache from Apple’s standpoint.

From the usability standpoint, it’s nothing short of a brain transplant.

It regardless of how you and I may think about the issue, at the end of the day we’re just geeks.

We really are not Apple’s target market.

Of course, that’s not to say that a better document management isn’t needed in iOS.

One of the possible solutions is this nice concept by iMore editor Rene Richie, who thinks Apple should provide direct document access with iOS 6 through a dedicated Files.app.

Here, check out his mockup. 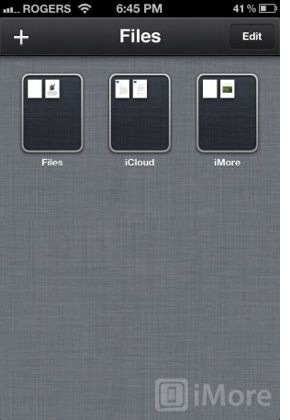 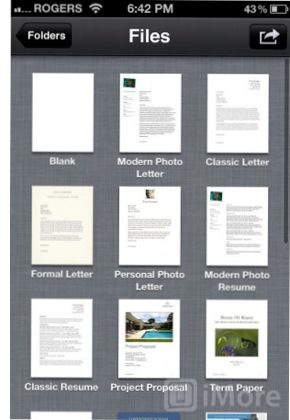 But even this, I must say, would confuse your average Joe Schmo.

One of the reasons why iOS has become so popular is its Simplicity.

And in the world of Simplicity, users only operate pretty icons that represent their documents on a per-app basis.

They never have to navigate the folder hierarchies and deal with cryptic file names on a system-wide level.

The app is the file system.

Direct file access is a nightmare from the standpoint of Simplicity. It’s also a potentially disastrous support issue and quite possibly a major headache for developers.

Actually, I’d dare to go as far as to predict that iOS-ified document handling will replace direct file system access on Macs in the near future.

And iCloud is already here to make it all work seamlessly and without any intervention on the user’s part.

Mac apps are already being sandboxed, another tell-tale sign of iOS-ification of OS X that will shift into higher gear with the Mountain Lion release late this summer.

And if the whole point of this merging is to create a simplified, consistent experiences across Apple’s mobile and desktop platforms, how long do you think before Cupertino hides the Mac file system from average users?

It’s not a pipe dream.

What do you think your mom would rather navigate: a complicated file system hierarchy to save her pie recipe in Pages or a much simplified representation requiring minimal effort to find her way through big, beautiful thumbnails representing just the documents she created in Pages and nothing else?

This is just an opinion piece and Apple could just as easily prove me terribly wrong so do feel free to extend an opinion down in the comments.