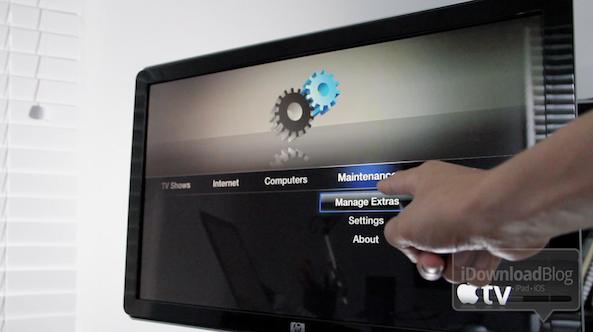 The folks over at FireCore just can’t stop releasing awesome updates to their Apple TV 2 jailbreak software. The latest update to aTV Flash (black) — version 1.6 — headlines with a new integrated subtitle download feature. This feature allows you to identify and download subtitles directly from the Apple TV, instead of going on a separate manhunt on your computer to find the files.

Along with the new subtitle feature comes support for playing DRM enabled iTunes content directly from the Apple TV. You will still need to use a username and password to authenticate, but at least now we have an option.

And that’s just the tip of the iceberg as far as changes go. Aside from plenty of additional new features, there’s also a host of bug fixes to keep your jailbroken Apple TV 2 running as smoothly as possible. Take a look inside for the full change log…

While purchasing aTV Flash (black) isn’t absolutely necessary to enjoy the fruits of a jailbroken Apple TV 2, it does make the experience much more seamless. FireCore is also excellent when it comes to providing timely updates, and they’ve proven over the course of time that they really listen to the requests of their customer base.

If you want to know more about aTV Flash (black), or jailbreaking the Apple TV 2 in general, be sure to read some of our previously posted guides. Right now there is currently no jailbreak available for the most recent Apple TV 3, but we’re hoping that will change in the near future.

What about you? Are you a big Apple TV user? If so, have you considered jailbreaking it?