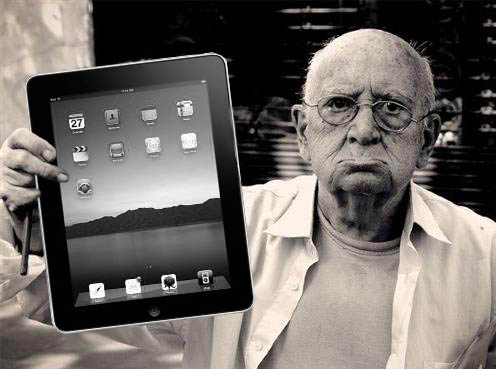 The eagle-eyed amongst you will have already spotted that the title says “two months on” and, clearly, we are beyond the two month mark since the new iPad was made available to an expectant public. The reason for my tardiness is that this post has taken the better part of two weeks to write, and I almost scrapped it on a few occasions.

To understand why that is, let’s delve right on in to why I didn’t buy the new iPad and, importantly, why I am glad about that fact.

So, before we continue, and before I open myself up to more than my fair share of abuse, I suggest you make yourself a good cup of coffee, and get yourself comfortably. We’re about to begin…

When the first generation iPad arrived, there was no doubt whatsoever that I was going to pick one up. I was looking forward to it so much that I imported a unit to the UK from the United States. I just couldn’t wait, and I had to have it ASAP. It arrived, and I loved it, just like everyone else.

Fast forward to the iPad 2’s launch, and I found myself torn. Do I splurge on another iPad that, in all fairness, didn’t offer anything that the old one was missing considering the way I used it? I decided not to buy the second generation iPad, and that was that.

Until a few weeks later when I heard my local Apple Store was carrying stock again. Off I went, bought a new iPad 2 and sold the old one. I was happy, and that was that.

The problem is, faced with much the same situation this year, I expected to pick up a new iPad shortly after launch once the hype had really gotten hold of me, and I felt like I was missing out on something that everyone else was loving. I’m a sucker for the shiny, you see, so it was always on the cards that a new iPad would come into this house. But it hasn’t, and I’m pleased.

So what exactly does the new iPad offer? Well, obviously, there’s that Retina display. You can’t really argue that those specifications make for some awesome reading, and if you’re going to sit with your nose pressed against that 10.7-inch screen, then you’re going to appreciate all those little pixels. Problem is, I won’t.

I’ve seen new iPads, and I know people who have them. The thing is, not one has said to me, even back on launch day, that they think that screen is enough to warrant an upgrade. It looks great, don’t get me wrong, but as someone that uses their iPad sparingly, does it look “great enough?” I don’t think so, though I am sure you will disagree.

So what does Apple need to do to make me upgrade next year? I am fast coming to the realization that I need something really different to make me upgrade. Maybe a smaller screen/larger screen, substantially thinner iPad may get my attention, but only because that would either make the tablet more portable, or change the way apps can work because the screen is even larger. But then you lose portability, so I’m just not sure.

Now I fully expect the comments to be full of people denouncing me as some sort of crazy person, suggesting that I don’t really like Apple stuff at all and that I’m some kind of latent Android fanboy. But I’m not. I’m just a fan of technology who seems to have reached a certain age where something needs to be really, truly different before it warrants my spending money to make an upgrade.

Now, give me a new version of iOS, and I’m all over it!

It comes to us all eventually folks.