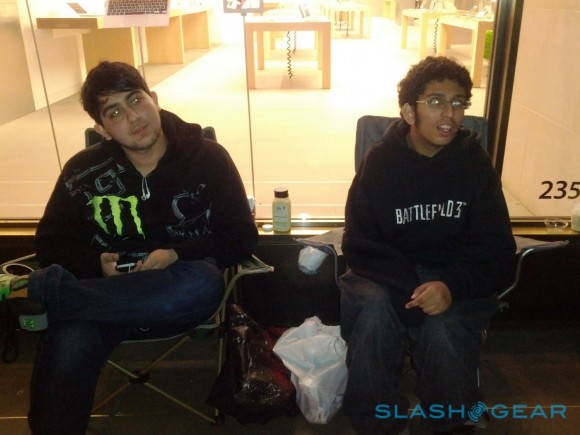 We’re all excited to get our hands on the new iPad, and with less than a week to go until its release, there really isn’t that long left to wait. In fact, it’s probably time to start queuing for the few iPads that will be available in stores.

It seems someone else has had the same idea, and believe it or not, some people are already in line outside the Regent Street Apple Store in London, England.

Remember, there is still almost a week until release day…

Slashgear reports that two young men going by the name of Ali and Zohaib are already lining outside the popular Regent Street store, in anticipation of limited iPad availability. If past Apple releases are anything to go by, they may well be wise to get in nice and early.

The pair seems well prepared, with folding chairs and plenty of layers in order to stay nice and toasty through the cold London nights.

Large queues for Apple product releases have become something of a regular event ever since the iPhone’s release back in 2007. There is something about getting in line for hours, usually in the cold, waiting to get your hands on something new. Call us mad, but we love it!

So, who’s planning on taking to the streets come Friday morning?