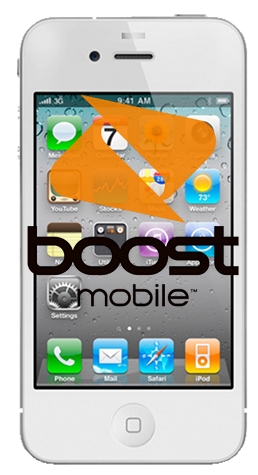 Apple made waves earlier this week by diving into the prepaid market with the addition of Cricket Communications, America’s seventh largest wireless company which has thus officially become the nation’s very first prepaid carrier to offer no-contract iPhones come June 22.

Cricket iPhones are gonna be available with a cool $150 discount compared to Apple’s asking prices for unlocked devices, along with unlimited everything month-to-month plans. Per new rumor, the iPhone is about to go prepaid on Boost Mobile, too…

Citing a trusted source, Mark Hearn wrote for Techno Buffalo that the Irvine, California-headquartered carrier will begin offering prepaid iPhone 4 and iPhone 4S “in early September”, around the time frame when a next-generation iPhone is expected to arrive.

It remains uncertain if the Sprint-powered MVNO will offer its popular $50 Month Unlimited plan with Shrinkage, which includes unlimited talk, text and web, which also rewards customers who pay their bill on time by reducing their monthly bill by $5 down to as low as $35 per month.

Boost Mobile’s parent is Sprint Nextel so these will be CDMA iPhones. Virgin Mobile is another Sprint’s prepaid property so expect the iPhone to land on that network as well.

With Cricket now confirmed and Boost Mobile rumored, Apple’s clearly set its sights on the prepaid market. Going prepaid means you don’t have to commit your soul to a two-year deal. Instead, users get to choose among month-to-month plans that are typically cheaper, even if offering less too in terms of voice minutes and data allowance.

Another major advantage is that one can stop paying for these plans at any moment, useful if you’re cash-strapped or traveling abroad. The hardware also comes unlocked for use on other networks, which could be of interest to jailbreakers.

On the downside, you pay full or near-full unsubsidized price to get the device.

It’ll be interesting seeing how the iPhone competes in the prepaid market, which in the U.S. is dominated by the legions of Android handsets covering all price points, shapes and sizes.

The question is, will going prepaid be enough to milk the mid- and low-end of the market?