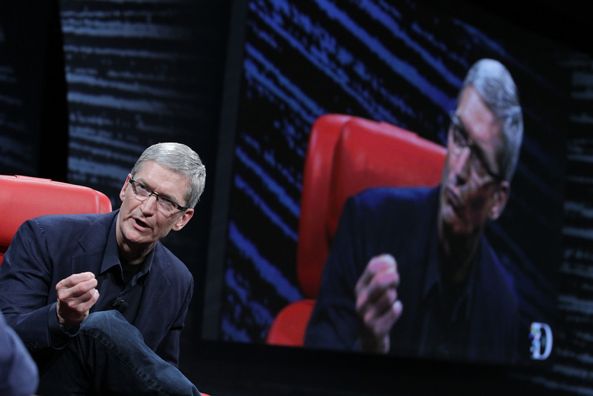 Be careful how you call Siri. Apple’s boss Tim Cook says the controversial digital secretary is “your best friend”, teasing “you’ll be really pleased with some of the things” the company has in store. We also have a cool vid with Cook fielding questions from Walt Mossberg and Kara Swisher at yesterday’s D10: All Things Digital talk.

So, is Siri up to Apple’s standards? Here’s from the mouth of Tim Cook himself…

Cook, of course, is a huge fan of Siri:

I think it’s profound. It’s not voice recognition – it’s the AI. That’s what’s profound. Yes, it could be broader and so forth. But, we see unbelievable potential here.

Noting that “customers love” her, too, and how “it’s one of the most popular features of our most popular phone”, Cook confessed “there’s more that it can do”.

Don’t worry, they’re already on it:

We have a lot of people working on this.

We’ve got some cool ideas about what Siri can do. And so we have a lot going on on this.

I think you’ll be really pleased with some of the things that you’ll see in the coming months.

Folks have been torn over Apple’s digital secretary known for its extended coffee breaks, an indication that Apple’s servers are inadequate to handle load.

I think Siri’s proven that people want to relate to the phone in a different way. For a lot of years, there wasn’t a lot of invention in the input. Touch came along, and that was cool. And voice, when it understands the context.

So how do I call Siri then?

Voice recognition has been around a long time, but what makes Siri cool is that she has a personality. She becomes many people’s best friend.

And while Apple certainly did not invent voice commands, they sure as hell mainstreamed the Star Trek-dream of talking to mobile devices in natural voice.

This is something that people dreamed of for years, I think. and it’s here. It’s really here. And Siri as a feature, it has moved into the mainstream. People hear the word Siri and they know what you’re talking about. It’s amazing this has come since October.

But what about new features?

We’re doubling down on it.

Now, I don’t think there’s any doubt that Apple needs to double down on Siri.

Some of the chatter we heard includes third-party support to help developers write voice-enabled apps.

So, what’s the #1 Siri feature request on your list?

As for me, I’d like to see broader international support, especially for location-based queries.