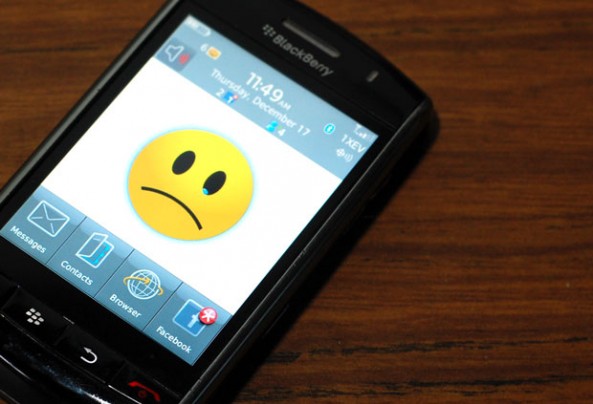 Just as we thought things couldn’t get any worse for the embattled BlackBerry maker Research In Motion, more bad news hits the wires on a daily basis.

It’s been revealed today just how unimpressed customers are with RIM’s current lineup of BlackBerry smartphones and the PlayBook tablet, as these two product categories now commanded a staggering backlog of $1 billion in unsold inventory in the last quarter, up from $618 million a year earlier…

The value of RIM’s in-house supplies grew 18 percent last quarter alone, a faster rate than at any other company in the industry, according to data compiled by Bloomberg. And that doesn’t include the BlackBerrys gathering dust at RIM’s carriers and retail partners. Apple Inc. (AAPL), meanwhile, saw its inventory decline 11 percent in the period from the previous three months.

Well, Gartner says Apple sells its inventory in five days, indication of both operational efficiencies largely attributed to Tim Cook and the ever-growing demand for its gadgets.

The Canada-based company, whose market cap sat at just $5.88 billion at post time, also cited today “the on-going competitive environment” as it warned investors to brace for an unspecified operating loss.

In an effort to turn things around, RIM added two new executives to its roster, chief marketing officer Frank Boulben and chief operating officer Kristian Tear, and is reportedly planning to cut more than ten percent of its global workforce, or approximately 16,500 employees.

Despite having bigger worries on its mind, RIM along with Motorola and Nokia is fighting Apple’s proposal for an emerging miniature SIM standard called Nano SIM.

The company recently staged an awkward promotional stunt outside Apple’s retail store in Australia and created a mini website that invites businessmen to “wake up and be bold” with a crawler stating “you don’t just think different, you do different”.

Whether or not this marketing tactics manages to breathe new life into the BlackBerry platform will be seen. As you know, RIM recently y unveiled its new BlackBerry 10 OS which looks pretty nice, though phones and smartphones driven by it won’t arrive before this year’s end.

And they’re not turning to bankers for help as they explore “options”, though the troubled company didn’t say whether it was now looking actively for a buyer.

And according to the usually well-informed Wall Street Journal, its new CEO Thorsten Heins “has said he isn’t looking to sell the company but also declined to rule that out”. 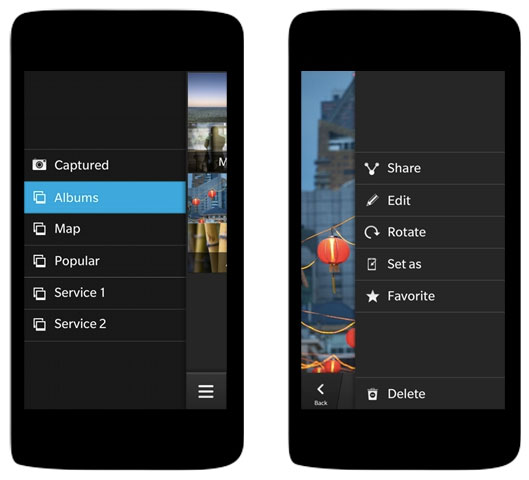 Facebook, which just collected billions through its initial-public offering (viewed as a failure, if not fraud) and is apparently looking to build its own phone (another bad idea).

With so much bad press tarnishing RIM’s reputation, no wonder the company refused to make its CEO available for some hard talk at the D10: All Things Digital conference.

Unlike RIM, Apple dispatched Tim Cook sit opposite Walt Mossberg and Kara Swisher, who will pepper him with questions on a range of topics today at 6PM Pacific, 9PM Eastern. This will be Cooks first major interview since taking over the CEO post last August.

I guess RIM figured this would be the last thing they needed.

And who could blame them.

Remember how last year Adobe CEO got Mossbomb spectacularly dropped on him?

IS there any hope for RIM left?

I sure hope so, they’re still a great company.

Unfortunately, my fear is that it’s too late for them now.

What do you think, will RIM re-innovate itself through this downturn?