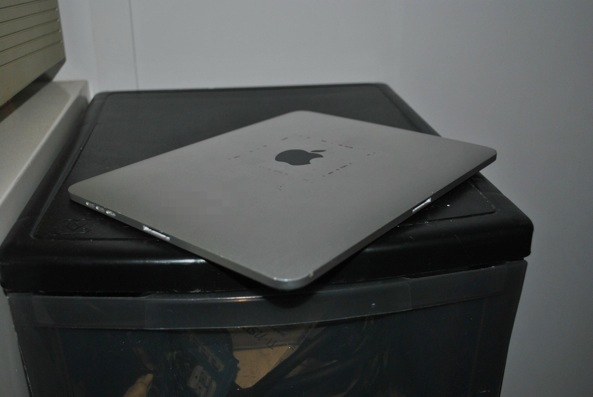 MacRumors points us to an eBay listing showing an interesting prototype of the first-generation iPad that features two dock connectors, one for portrait and the other for landscape mode.

An Apple patent application from September 2010 first indicated Apple had at early stages considered giving the iPad a second dock connector for landscape docking. This also confirms an old rumor that Apple originally planned on launching a dual-dock iPad, but changed its mind in the last minute.

The double-dock iPad prototype can be yours in exchange for a cool $4,800…

Apple nearly went with the dual-dock design, but changed its mind in the last minute, according to Joshuan Topolsky’s October 2010 report for Engadget.

Other than two dock connectors, the prototype tablet sports the same innards and display as a variant Apple had introduced in January of 2010.

Here’s a look at it from another angle.

Check out the two dock connectors, one on each side.

iMore reported back in February that Apple is ditching the 30-pin dock connector on iOS devices, replacing it with a smaller one in order to save space for more important components.

This would be essential to making the next iPhone thinner.

iLounge recently chimed in, providing some new clues pertaining to this smaller dock connector. According to the publication, the new port will be used on all upcoming devices and is “believed to have fewer pins”, perhaps only sixteen. The shape of the hole is apparently “closer to a pill shape than the prior rounded rectangle”.

I must admit I’m glad Apple ditched this dual-dock iPad in favor for a much cleaner overall appearance.

Would you prefer your iPad with two dock connectors instead of just one?