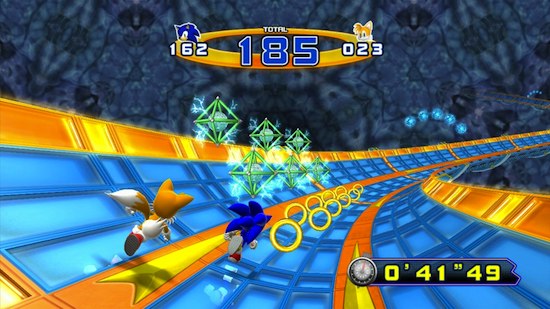 Fans of the popular Sonic franchise will be happy to hear that Sega has just finished porting over another new title to iOS featuring the little blue hedgehog. Sonic the Hedgehog 4 Episode II is now available in the App Store.

This is the fifth Sonic title that Sega has released on Apple’s mobile platform, and it doesn’t disappoint. The game features an all-new graphics engine, fit for a Retina display, updated physics, and oh yeah, Tails is back…

Here’s a few of the game’s top features:

“Collaborative Play – Team up with a friend via Bluetooth and take control of Sonic and Tails as they battle against Dr. Eggman and Metal Sonic!

Tailored for iOS – Episode II features GameCenter support, accelerometer support, and is universal! Buy once and play across all your iOS devices with enabled Cloud Saves!”

Although a lot of users have complained that the game’s touch controls are difficult to get used to, the consensus seems to be that Sega has done it again. All of the original Sonic gameplay elements are still in tact.

At $6.99, the game is a tad bit pricey. But keep in mind it’s universal, and can be played across the iPhone, iPad and iPod touch. If you want to check it out, you can find Sonic the Hedgehog 4 Episode II in the App Store.

Have you tried out the new Sonic yet? What do you think?