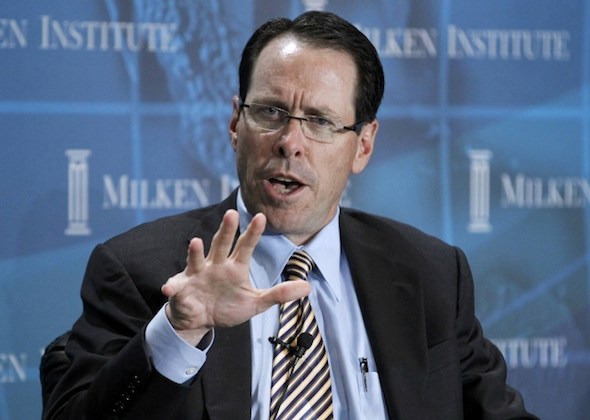 The New York Times points to some interesting comments, regarding Apple, made by AT&T’s chief executive Randall Stephenson at the Milken Institute’s Global Conference earlier this week.

During an on-stage interview, the CEO discussed a wide range of topics including his regret for initially allowing iPhone users to have unlimited data, and how it affected AT&T’s bottom line…

“My only regret was how we introduced pricing in the beginning, because how did we introduce pricing? Thirty dollars and you get all you can eat. And it’s a variable cost model. Every additional megabyte you use in this network, I have to invest capital.”

“You lie awake at night worrying about what is that which will disrupt your business model. Apple iMessage is a classic example. If you’re using iMessage, you’re not using one of our messaging services, right? That’s disruptive to our messaging revenue stream.”

While the executive’s views on unlimited data are debatable, we saw the whole iMessage thing coming a mile away. Ever since Apple introduced the iOS 5 feature at its WWDC conference last summer, we knew carriers would be in trouble.

But despite his disdain for iMessage and costly data plans, Stephenson said that he doesn’t regret AT&T’s decision to support the iPhone back in 2007. He recalls a conversation he had with Cingular’s then-CEO Stan Sigman right after a meeting with Steve Jobs:

It’s feasible to assume that if AT&T hadn’t signed on to exclusively carry the iPhone back then, that it wouldn’t be competing with Verizon for the nation’s number one carrier spot now. Interesting indeed.