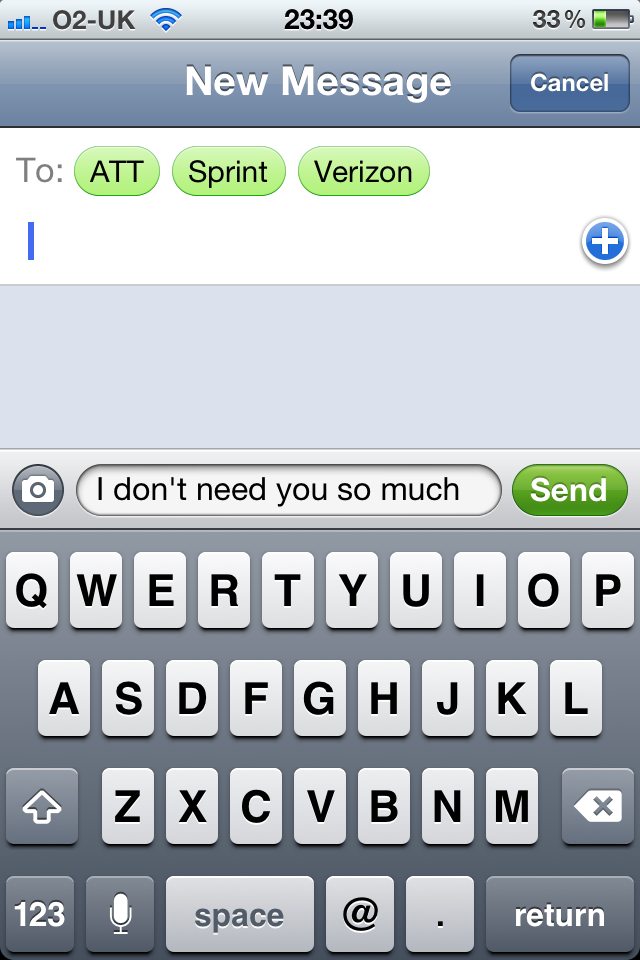 With third-party instant messaging apps, Apple’s own iMessage, and VoIP services becoming more prevalent, it is to be expected that at some point mobile networks will see a reduction in revenue as people move away from using SMS and voice calling.

What we didn’t really expect is the move to start happening so soon. But according to one report, carriers are already feeling the pinch.

Research carried out by infrastructure solutions provider Mavenir Systems on behalf of mobileSQUARED suggests that carriers are already finding that third-party solutions are beginning to impact their business, and it’s only going to get worse for the bottom line…

In order to get a clear picture of what is going on, Mavenir spoke to 31 different cell carriers around the globe, and the general consensus is a simple one: applications such as Skype, WhatsApp, and iMessage are causing carriers to notice a reduction in voice calls and, importantly, a reduction in the revenues generated from the lucrative SMS services they offer.

The trend arguably began with Research In Motion, and the BlackBerry’s built-in Messager system. Replacing SMS with a BlackBerry-to-Blackberry messaging protocol, BBM all but replaced SMS for those who were entrenched in the Blackberry ecosystem. Users could, in theory, never spend a penny on SMS.

Now, Apple has also joined the fray, with iMessage essentially being a BBM clone for iPhones, iPads, and iPod touches.

Third-party solutions such as WhatsApp have also made an impact, with the added benefit availability on just about every platform out there. which makes WhatsApp just as ubiquitous as SMS, but without the costs.

“The mobile landscape is changing as users embrace messaging of all kinds that enable them to seamlessly message a multitude of devices,” mobile(SQUARED) analyst Gavin Patterson added. ”This study confirms that lucrative messaging revenues are already impacted and operators are assessing ways to deliver core-network services in the all-IP environment.”

Voice calling is also covered by solutions such as Skype. With apps on almost every major mobile operating system, Skype has the potential to nearly kill traditional voice calls.

These are changing times in the mobile communications world, and carriers will need to find new ways of monitoring their business if they want to be around in 10 years.

Have you embraced IP-based technology such as Skype, or are you still an old school kinda person?