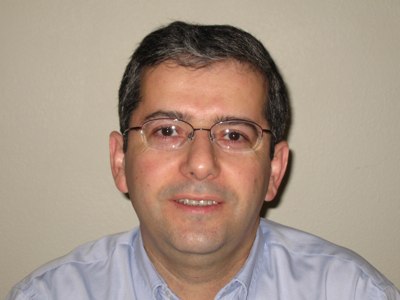 Apple’s love for new materials and its penchant for innovative manufacturing processes is well documented and evident in shiny products it builds.

Perhaps no other material has gotten the rumor-mill as much excited as metallic glass, better known as Liquidmetal.

Apple owns worldwide and exclusive rights to use this new material in consumer electronics products. And while it has yet to build a Liquidmetal-based gadget, the company did buy the amorphous alloy for a good reason – and I’m not talking about the SIM ejector tool.

One of the creators of this Terminator material has now spoken about Apple’s Liquidmetal plans, explaining how Liquidmetal’s gonna make Apple gadgets even more exclusive and sexier than ever.

Apparently, a “breakthrough product” based on Liquidmetal could be in the works. Before you start jumping for joy, bear in mind it’s gonna take years as plants and the alloy itself simply aren’t mature enough for mass production…

NOTE: we’ve covered this magical material extensively here at iDownloadBlog so feel free to browse our Liquidmetal archive for a little backgrounder.

It all started back in October 2008 when industrial design head Jony Ive took the stage at Apple’s Cupertino campus to detail Unibody construction, Apple’s (still) breakthrough way of building notebooks.

He underscored that “one of the most significant challenges when you’re designing a product that is as thin and as light as the MacBook Pro is actually making it strong, making it robust, making it torsionally rigid”. 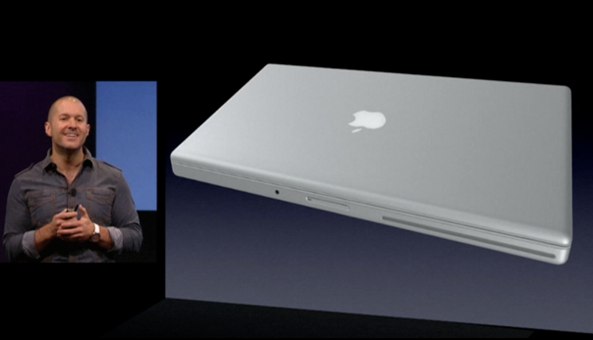 Apple’s design guru explains Unibody construction, billed as “a new to build notebooks”, at a presser on October 2010.

And it’s this pursuit of materials which allow for thin and light, yet strong, gizmos that led Apple to get its hands on this new zirconium-based alloy before its rivals do.

A Liquidmetal Apple product is the favorite water-cooler topic among the techies lately. This is especially true for the next iPhone some folks hope will be re-engineered around an all-new Liquidmetal casing.

Atakan Peker, one of Liquidmetal inventors (pictured top right), sat down for a quick one-on-one with Business Insiders‘ Steve Kovach to explain what makes Liquidmetal so special and why hasn’t Apple used it in products yet, even though they’ve had the rights to use it since 2010.

For starters, Peker dispelled that the next iPhone will be machined from Liquidmetal. 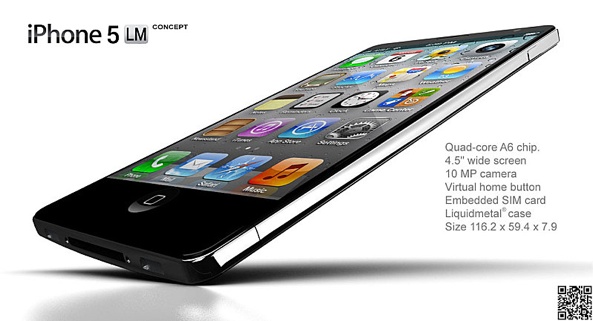 Instead, the inventor explained, it’s gonna take at least two to four years to achieve reliable mass production of anything Liquidmetal-based with the Apple logo on it.

Given the size of MacBook and scale of Apple products, I think it’s unlikely that Liquidmetal casing will be used in MacBooks in the near term. It’s more likely in the form of small component such as a hinge or bracket. A MacBook casing, such as a unibody, will take two to four more years to implement.

In fact, Apple will spend up to half a billion dollar and three to five years to mature this new technology before it’s ready for large-scale manufacturing. 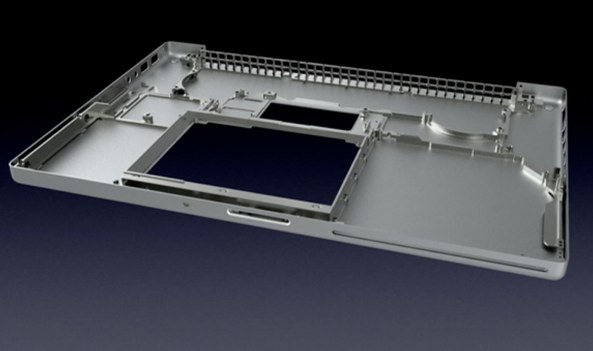 A Unibody MacBook casing, machined from a single piece of aluminum.

As for the benefits, Liquidmetal is “super strong, scratch and corrosion resistant, resilient and can be precision cast into complex shapes”. This will let Apple create entire device casings that are strong, aesthetically pleasing and structurally rigid, even more so than aluminum.

Plus, Liquidmetal is beautiful:

At first look, it looks like a typical metal, more like stainless steel. It’s silvery grey metallic color has a bit different tone and hue than stainless steel. Depending on the specific alloy formulation, its hue may vary slightly. Its surface can be prepared in various cosmetic finishes, such as bright shiny, satin or brush metallic. It feels like a solid strong metal like stainless steel and comes a bit warmer to hand when touching compared to other metals.

As for that “breakthrough product”, the inventor said this:

I expect Liquidmetal application in two ways: First evolutionary substitution of current materials and secondly, and more importantly, in a breakthrough product made only possible by Liquidmetal technology. Apple’s exclusively licensing a new material technology (specifically for casing and enclosures) is a first in the industry.

This is very exciting.

Therefore, I expect Apple to use this technology in a breakthrough product. Such product will likely bring an innovative user interface and industrial design together, and will also be very difficult to copy or duplicate with other material technologies.

Apple will make Liquidmetal huge in consumer electronics, I think.

I’d dare say that Liquidmetal is going to do for iOS devices what aluminum and the Unibody manufacturing process did for the design, aesthetics and functionality of Apple’s MacBook lineup, still the gold standard in notebooks.

While I love the feel and look of aluminum on Apple’s products, Liquidmetal is no doubt going to up the sexiness, shininess and lust factor of their future gadgets.

The future is bright, indeed.

I’m really looking forward to seeing some sci-fi-looking Apple gear based on Liquidmetal.