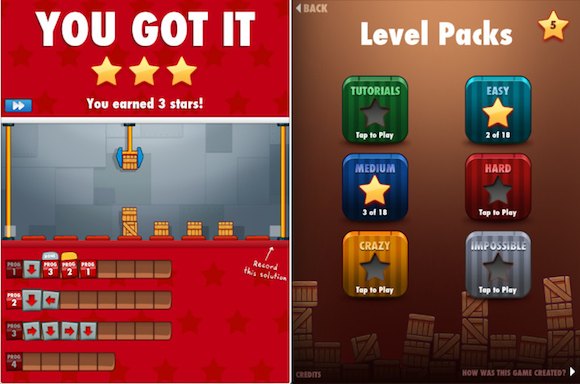 In case you’re still not convinced that the iPad is just as capable of creating content as it is consuming it, check this out. A new puzzle-based iPad game just hit the App Store and is being advertised as the first app created entirely on Apple’s tablet.

Even though the app itself is great, the real story here is the fact that the title was created completely – brainstormed, prototyped, programmed and polished – on the iPad. It was originally created by Codea user Rui Viana, and then polished and published by Codea creators Two lives Left.

It’s worth noting that unlike previous iOS-based app-creation software we’ve covered, Codea requires extensive programming knowledge. So you might want to consider that before you drop the $9.99.

But as the iPad becomes more powerful, and the software becomes more intuitive, we expect to see more and more iOS apps created on iOS devices. And hopefully it’ll eventually reach those of us who don’t have the usually-required programming skills.

Anyways, if you’re interested in trying out Cargo-Bot, you can download it from the App Store for free.

Have you tried Cargo-Bot yet? What do you think?