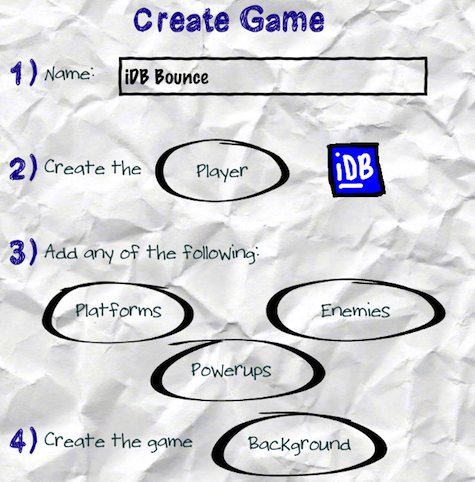 Mobile software development is like a modern-day gold rush of sorts. With apps like Instagram and Draw Something being snatched up for millions (or in Instagram’s case, billions) of dollars, it’s certainly a great time to be a developer.

The problem, however, is that not everyone who wants to get into app-making has the ability — it currently requires a fairly extensive knowledge of complex programming languages. But this app is looking to change all of that…

Engineous Games’ Sketch Nation Studio is a new game creation tool for iOS. It allows you to create your own iOS games within minutes using custom images and animations. And if it’s good enough, Engineous will submit it to the App Store.

Designing a game consists of picking a pre-loaded template (running, jumping, etc) and inserting your own custom images by either drawing them, or uploading them from you photo library. Overall, it’s easy to use and straightforward.

As you might expect, you probably won’t make the next Draw Something using Sketch Nation Studio — it’s far too limited. But for a free app that allows you to make your own iOS games, it’s not a bad start. Download it from the App Store today.

What do you think of Sketch Nation Studio?