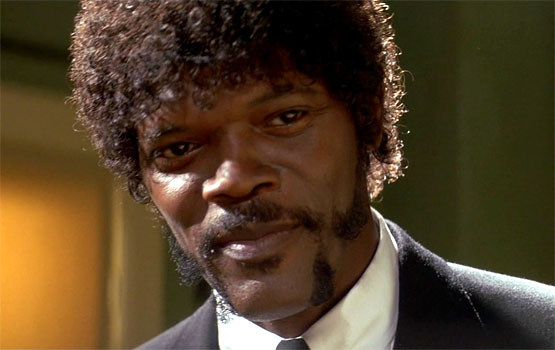 When word started to spread that Samuel L. Jackson was starring in a new iPhone 4S commercial, our imaginations ran wild. We figured that combining the outspoken actor with Siri could make for a humorous TV spot.

Obviously, Apple went the much more tame route. And the commercial that aired didn’t feature any of Mr. Jackson’s popular foul-mouthed catch phrases. That’s ok. We found one that does (warning: explicit language)…

What you are looking at is a clip of Samuel L. Jackson in his role as Jules Winnfield from the popular movie Pulp Fiction. The video is spliced together with some custom footage of Siri, who appears to be quite the instigator.

While we can still think of hundreds more Jackson/Siri mashups we’d like to see, this will suffice for now.