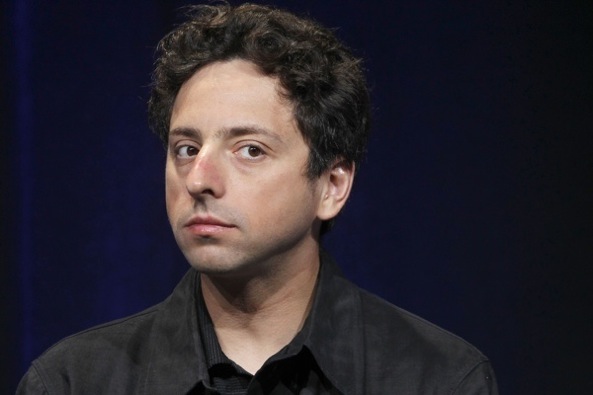 A recent newspaper interview has caused quite a stir when the blogosphere lit up yesterday with controversial observations from the mouth of Google co-founder Sergey Brin. In a nutshell, Brin painted Apple and Facebook as major threats to Internet freedom because neither company’s been open enough, at least in the search giant’s view.

This from a guy whose company’s been seriously lacking openness in many competitive categories. Naturally, a backlash ensued, prompting the engineer to set the record straight and clarify what he called “distorted secondary coverage”.

No, he did not mean what he said and yes, in case you were wondering, he is loving his iMac. I call BS on this one, here’s why…

Brin gave an interview to London’s The Guardian newspaper last Sunday and it would have probably gone unnoticed had it not been for his dissing of Apple over “balkanizing the web” and Facebook for threatening the open Internet.

The blogosphere picked up the story and it bit Brin in the you-know-what.

Sure it got blown out of proportion – that’s exactly what happens when one presents one’s ambiguous views to the press. Those pesky journalists smell blood and before you know it, an interview snowballs into a PR catastrophe.

Following what Brin described as distorted secondary coverage, he turned to his Google+ profile to set the record straight. Apparently his primary concern was “government filtering of political dissent” rather than Apple and Facebook:

Today, the primary threat by far to Internet freedom is government filtering of political dissent. This has been far more effective than I ever imagined possible across a number of nations. In addition, other countries such as the US have come close to adopting very similar techniques in order to combat piracy and other vices. I believe these efforts have been misguided and dangerous.

As for Apple and Facebook running closed ecosystems not crawlable by the almighty Google search engine?

Well, apparently he doesn’t think “this issue is on a par with government based censorship” after all.

Time to revisit that quote from The Guardian interview:

I am more worried than I have been in the past. It’s scary. […] There’s a lot to be lost. For example, all the information in apps – that data is not crawlable by web crawlers. You can’t search it.

He also went to great lengths in order to appease to Apple fans. And who could blame him: by some pretty doggone accurate estimates, Google earns four times more advertising-based revenue on iOS than through their own Android platform.

I have much admiration for two of the companies we discussed – Apple and Facebook. I have always admired Apple’s products. In fact, I am writing this post on an Imac and using an Apple keyboard I have cherished for the past seven years. Likewise, Facebook has helped to connect hundreds of millions of people, has been a key tool for political expression and has been instrumental to the Arab Spring. Both have made key contributions to the free flow of information around the world.

Somebody call Eric Schmidt as clearly adult supervision is still needed at Google.

And don’t get me started on Google Glasses or this week’s recent Gmail outage.

Plus, he’s changed tune and is now saying that Android is important, but not critical to Google.

It wasn’t that long ago that Page said Android was “on fire”.

I was under impression that Google spent $12.5 billion on Motorola Mobility so they could protect booming Android business from patent lawsuits. Unless, of course, Page realized what a costly and messy mistake the Motorola acquisition really is.

As for Brin not caring about his intentional Imac lOwercase – well, I do.

Note to Brin: next time you go to press to talk openness, be classy and do it with style. Like, dunno, Tim Berners-Lee.

I’m eager to hear your opinion about Brin’s interview and today’s clarification down in the comments.