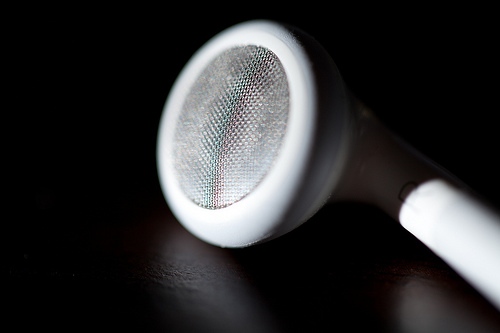 Imagine that, another patent application has popped up in the United States Patent and Trademark Office database this week with Apple’s name on it. The filing is entitled Ultrasonically Welded Structures and Methods for Making the Same.

But don’t let the ridiculously long name scare you. The patent is part of a group of cross-referenced filings that all make up different parts of a pair of high quality unibody headphones that it seems Apple is working on in its labs…

AppleInsider, who discovered the patent, explains:

“Headsets and earbuds include a number of different components — such as cables, a jack, a microphone, and the headphones — all of which must be pieced together. The result, Apple believes, can be “abrupt and aesthetically displeasing.”

…Apple describes the new headphones as having an appearance that they were constructed as “a seamless unibody structure,” even though the earbuds may include two different component pieces welded together.”

It’s not surprising that Apple is working on a set of high-end earbuds — it’s done it before. And even though this is only a patent application, it wouldn’t be crazy to think that we could see a pair of these unibody headphones eventually turn up alongside a new iPhone or iPod touch.