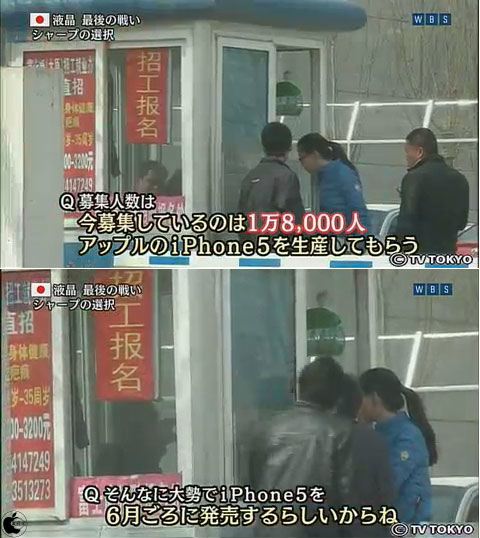 We know, we know. The iPhone 4S has barely been out for 6 months now, and rumors of the next handset are already getting out of control. Just this morning we’ve heard gossip regarding the unannounced device’s appearance and internals.

And now we’re looking at another report from South Korea’s Maeil Business Newspaper that claims to know when the next iPhone is going to land. According to its “source,” we can expect Apple to unveil its new handset in October of this year…

We put quotation marks around source because it looks like the publication got its inside information from the head of human resources at a Foxconn factory. Apparently asking factory employees for tips on the next iPhone’s launch date is the thing to do these days, as we heard a similar report last week involving a Foxconn employee that pegged the handset to drop this summer.

While we don’t believe that a low-level factory employee has any kind of first-hand knowledge regarding Apple’s iPhone plans, we do agree that we’ll probably see the sixth-generation of the device land in the fall of this year, rather than the summer.

As we’ve said before, a fall iPhone launch would ensure that 4S owners would be at least a year into their carrier contracts — allowing most of them to purchase a new iPhone at the subsidized price. And if you’re Apple, why wouldn’t you want to launch your all-new iPhone right before the holidays?