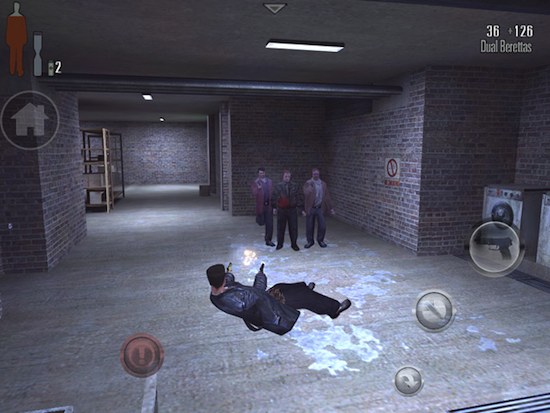 Attention iOS gamers, Rockstar — the makers of hit titles like Grand Theft Auto – has just announced that it will be bringing its popular third person shooter Max Payne to iOS this month.

The Payne franchise has had quite a run in the PC/console gaming realm, selling more than 7.5 million copies. And Rockstar is hoping that its popularity will transfer over into the iOS platform…

The premise of Max Payne is pretty easy to follow. The main character is essentially a rogue DEA (drug enforcement administration) agent who turns into a one-man-army vigilante after his wife and daughter are murdered by junkies high on a new drug.

According to the developers, the game has been completely optimized for iOS devices and will feature HD graphics, high-resolution textures, and user-customizable controls. It will support the iPhone 3GS, 4 and 4S, the iPod touch 4, and all three iPads.

Rockstar hasn’t announced prices yet, but judging by the company’s previous releases, we wouldn’t be surprised to see it priced at $4.99 when it hits the App Store next Thursday.

Are you excited to see Max Payne come to iOS?