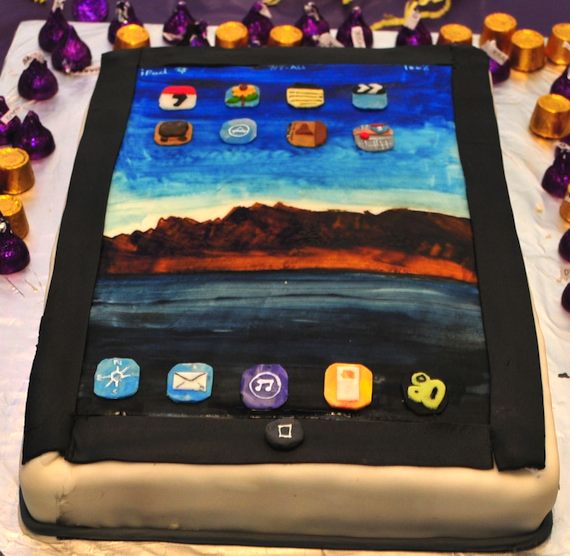 Two years ago today, the iPad went on sale in the United States for the first time. The launch came just two months after Steve Jobs unveiled the tablet on January 27, 2010, in front of a large crowd at the Yerba Buena Center in San Francisco.

The CEO told the audience that Apple felt that it had finally come up with a device that would be better at tasks like browsing the web, sending emails, and sharing photos than either a smartphone or a laptop. “And we call it, the iPad.”

In the face of “it’s just a giant iPod touch” criticism, Apple sold 300,000 iPads on launch day. And then went on to sell more than 3 million of them over the next three months. The slate single-handedly reinvented the tablet space.

Seeing the iPad’s popularity, companies like Samsung and RIM scrambled to put together and release their own tablets. But here we are, two years later, and there still isn’t a viable competitor. The iPad holds over 60% of the market.

And Apple’s not showing any signs of slowing down either. Its latest tablet is also its most successful, selling over three million units during its first three days. The company is expected to sell more than 55 million iPads this year. Wow.